Summertime in Spain becomes in a crazy music Festival run all over the country. Barcelona is maybe the capital of all the cities with three big Festivals in two months.
This year Summercase faced a little handicap, the festival took place during the same days than the super veteran FIB Heineken – Benicàssim International Festival. But Summercase in just three editions have become one of the most important events in the calendar of all music lovers.

This year the Festival looked back into the past and brings back to life the legendary British punk band Sex Pistols, the elegant new wave-punk Diva Debbie Harry with Blondie, Ricahrd Ashcroft and The Verve with their new album (their last album was in ’97), and the fantastic return to the road of the Deal Sister’s with The Breeders. 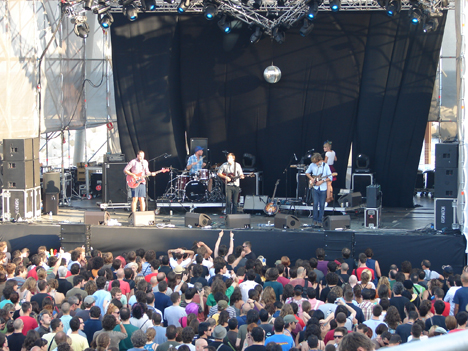 The coincidence of dates with the Benicàssim Festival was not a important fact because the festival was crowded since the first day.

Summercase in Barcelona Forum ( the festival take place simultaneously in Barcelona and Madrid ) was really well organized with 2 big stages and 2 small ones, so the people don’t have to run so much between one concert and the other. 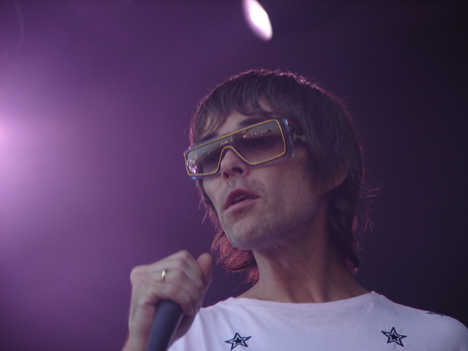 Early on Friday the Movistar stage presents the legendary lider of the Stone Roses, Ian Brown. The concert was supported by the numerous british audience that joined the Festival. Almost the half of the total audience. 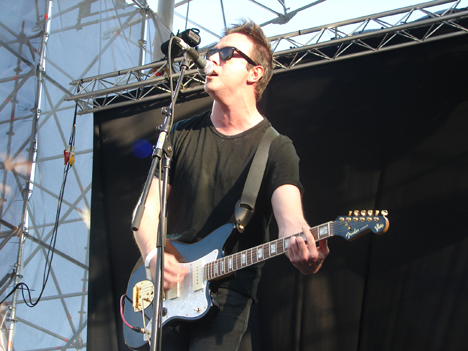 The Converse stage presented right after the fantastic live of Glasvegas. The band from Glasgow have a simple and direct set that connects instantly with the audience. 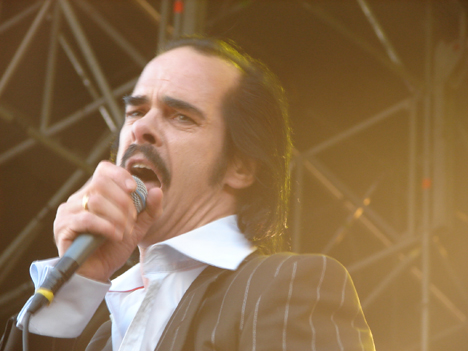 The super-combo formed by Nick Cave, Jim Sclavunos (The Cramps), Warren Ellis, Martin P. Casey and three “Bab Seeds”, Grinderman rocks at the Movistar Stage. One of the first highlights of the weekend.
Quickly after Grinderman said “goodbye” the crowd was moving and filling the entire Walkman stage area to receive one of the most expected moments of the Festival. 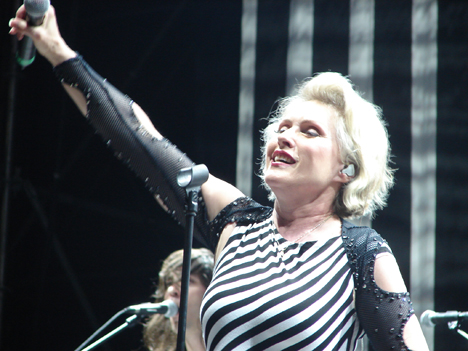 The opportunity to see Blondie live once again after so many years.
The concert was amazing with the audience singing loud all their hits and a beautiful Debbie Harry leading the show. 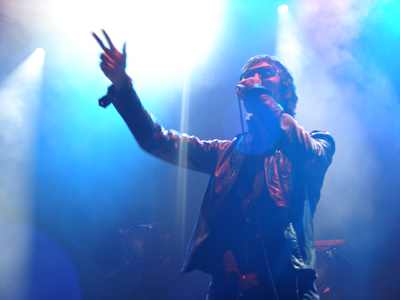 The first day of the Festival started already on the top, and after the success of Blondie, it was time for the intense sound from the New York band Interpol. The expected return of Richard Ashcroft and The Verve with his “Bitter Sweet Symphony”, and the rock’n’roll psychedelia from the veterans Primal Scream. 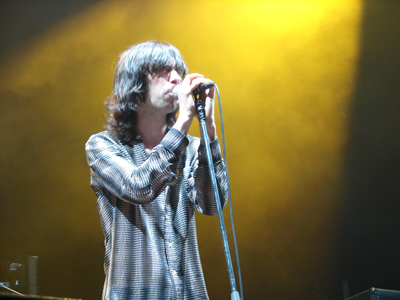 Later on, one of the best (or maybe the best) concert of the entire festival took place a the little Converse stage presenting Cornelius with his incredible mix between rock geometry, pop and jazz in a magistral presentation supported with visuals and lights. One of the most completes shows and for sure the best sound in the Festival. 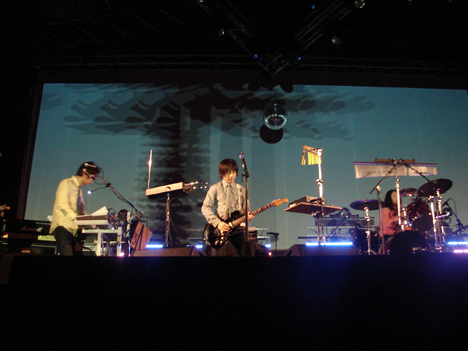 After the amazing concert of Cornelius it was time for the dance session with the optic kaleidoscopic presented by Etienne de Crécy playing inside a big cube made of screens alternating images with the music.
The end was reserved for the truly dance floor burners 2manydjs, so the party was completely set till the mourning. 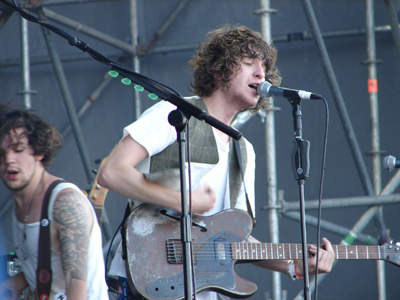 The second day started soon with the audience waiting for the young handsome pop-rockers from the UK. The Kooks at the Movistar stage. The concert was followed by lots of people that remained on site to wait for one of the most expected concerts of the day. The Breeders with Kim and Kelley, the Deal sisters. After more than 10 years without touring, the band got again into the road with new album “Mountain Battles”. The concert was delicious with the two sisters complicity all the time playing great hits like “Cannonball” and even singing a song in Spanish. 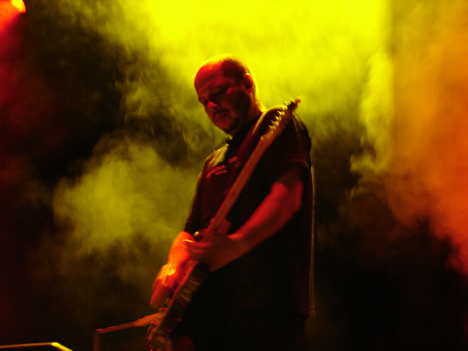 The sound of Mogwai is something unique, even if they play in a Open Air Festival like Summercase or in a Teather the band creates their own enviroment. This time the band performed their incredible debut album “Mogwai Young Team” from 1997. The concert was as powerful and calm as the record itself. Mogwai performances are always necessary. 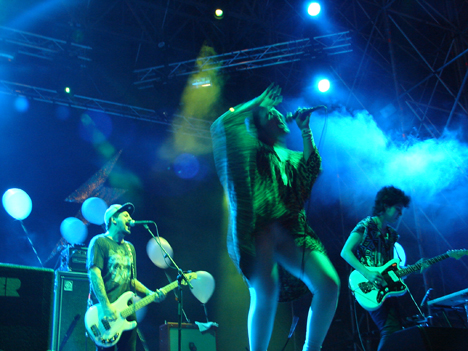 Right after the fantastic Mogwai universe, the same stage changes 360 degrees to present the pop-rock fiesta and colour from the Brazilian happy cocktail band CSS (Cansei De Ser Sexy). The band have a new album and it is as good as their debut one. Of course the beautiful Lovefoxxx was dressed for the occasion. 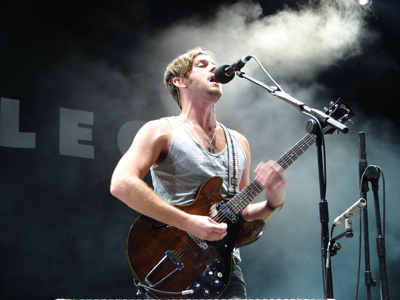 After CSS the rock band from Nashville Kings of Leon. It was long since the last time we saw them live and after all this time it looks like they become ( like Kaiser Chiefs or Editors) in a commercial band.
But if the Kings of Leon are now commecial, the kings of anti-commercial music and the U.K anarchy fathers came to scene. 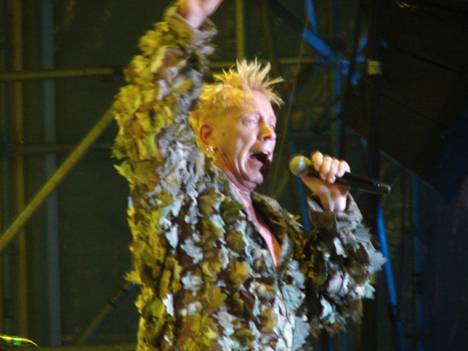 The Sex Pistols. I heard that they never played in Spain, and even if its not the same than in the late 70’s, the Pistols were incredible powerful on their show. It looks like a band who never stop playing. It was fantastic to have the opporttunity to see them live and i think all the audience recognized that fact because it was one of the most crowded concerts and the one the people enjoyed the most jumping and screeming. With “God save the Queen” and “Anarchy in the U.K” the climax was total.

The furious Foals also appeared that night at the Walkman stage.
Late after, the mix of futuristic and retro style with synthesizers music and Fluorescent lights of Neon Neon start to make the people reafy for the dance session.

The day and the Festival was close with the music from the Canadian Tiga.

The festival was so well presented, with all the artist laying on time and several places to rest. Also it was the cleanest festival introducing the idea of recycling to the people by giving a glass that you can re-use the whole festival. The only bad thing was that the Festival closed really early at 5 am just wen the people was more into the dancing set.

Well done! and cogratullations to the festival crew.