In the second game a group of creators such as artists, writers, dancers, and architects were entrusted with the creation of an entire sequences that defines decades. 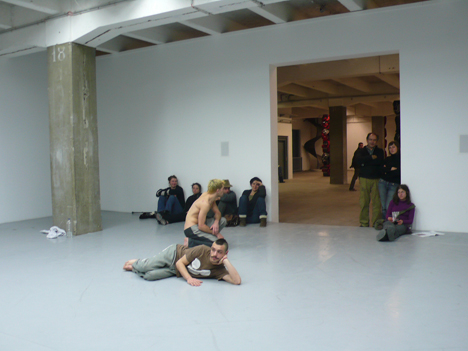 For instance, Jerome Bell, a contemporary choreographer, revealed interactive exhibition called “The show must go on” on the large portion of 3rd floor of Lyon Museum of contemporary Art, where you pick one headphone among French pop songs, English music, and music for children. Playing the headphone on your ears, you pass a mirrored room, a quite dark room, or a glazed room where you can look down the green park. The music you hear, working as something of background music that at the same time can be perceived visually, changes each time you enter a different room. 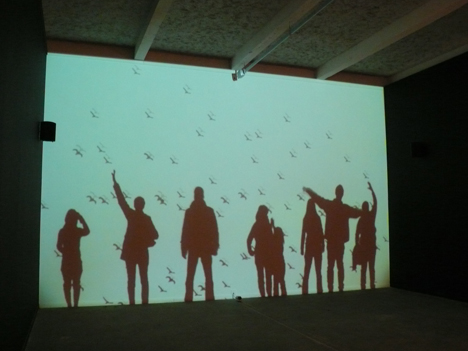 He, at the same time, released the dance performance the title of which was same as the one he released at Lyon Opera House. With the works of Shilpa Gupta and Annie Vigier & Franck Apertet who were chosen as “The Most Important Artist” by Pierre Bal-Blanc, this work was one of the handful enjoyable works for visitors. 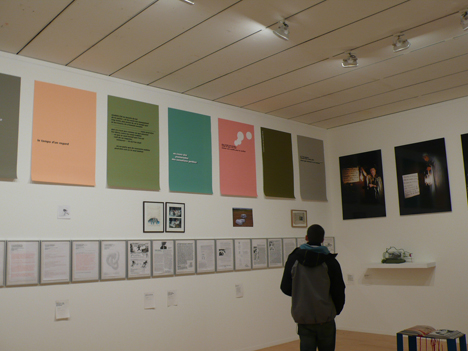 Saadane Afif held an exhibition of those who belong to The ZOO gallery, and Pierre Joseph gave artists around 30 being active in France an opportunity to make the works as a hommage to himself, and then exhibited them, borrowing its title, “The Retrospective of Pierre Joseph”.

The two curators have suggested this Biennale as “The Historical Book Written by a Few”. Though it should have been properly arranged as one book, it indeed resulted in something too pointless and chaotic. Did they want to say it stood for the modern art for a past decade? But we could do nothing but be at a loss and confused.

It makes sense that there are criticisms saying that, in this Biennale, what visitors saw was only the address book with which Moisdon and Oblist showed their connection off as a new 40-year-old curator who had been making their marks on modern art scene since their 20s.