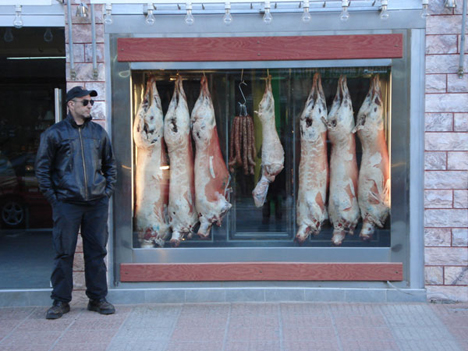 Francisco López is internationally recognized as one of the major figures of the experimental music scene. His latest live immersive performance in Berlin at “märzmusik 2008” was for the interviewer one of the most extraordinary music performances since five years. Indeed a immersive live experience. Immersion means in this context: The state of being sucked into the music. López uses only sounds from nature or reality no computer synthesized sound sources, but creates based on the natural sources quite artificially sounding performances. His music or the soundscape he creates sound like voyages to unknown sound territories. More details can be read in the following short interview with the artist himself.

Your music is often called hypnotic. Is this a effect you are achieving?

I want my listeners to be more than just that, to get engaged in an experience of sound that can open up personal layers of memory, emotion, imagination and interpretation that I cannot control or even imagine. This is what I consider to be a free experience of “blank phenomenological” sound. To me, expression or communication are minor, even irrelevant, aspects of music-making. The essence of music is created by the “listener” not by the sound-maker. With that perspective, the composer turns into some sort of “medium” (in the strict sense of the term), which does not lessen his/her role but makes it even more crucial in terms of skills and care in the craftsmanship for the manipulation and physicalization of sound.

Can you describe us the usual concert setting where you perform your music?

A multi-channel surround sound system around the audience, in darkness and with blindfolds provided for the audience. I place myself in the center of a circle of seats (or mattresses) facing outwards, towards the speakers. 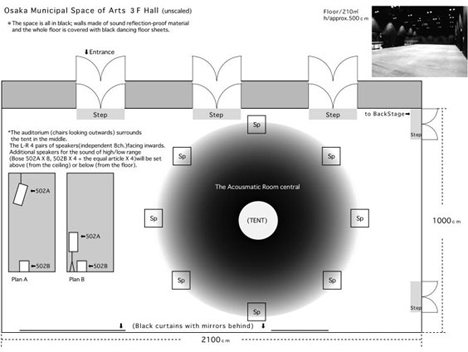 Lets talk a bit about the blindfolds. Why do you want the listeners to use blindfolds?

I have come to see the visual components of a performance as a terrible annoyance that detracts from the profound experience of sound immersion and appreciation. Blindfolds are a simple – but extremely effective – solution to the problem of attaining complete darkness during a live performance. Thanks to them, the public presentation also becomes a collective experience of engagement in that form of profound listening. A sort of collective voluntary ritual. 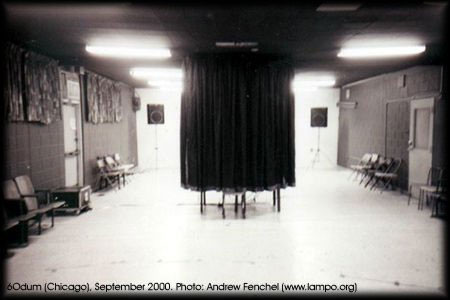 Is it possible to call Francisco Lopez the new “Brahms” of experimental electronic music?

Well, I don’t know whether or not that’s possible (or even legal!), but I like it! In the sense of the “orchestral” conception and inception of the music. I am definitely interested in the creation of a live performance experience that has that kind of scale and palette of timbres and sound textures, even although I don’t work with classical instruments but with “concrète” sounds. In a way, my goal is to give rise to the virtuality of an entire world made of sound, around the audience but also through it and inside it.

You often describe your music as “absolute concrete music”. What does this term mean for you?

In essence, it means a deep dedication to sound as a “gate” to access our spirits / minds. Not in a theoretical or even theological way, but rather in a very direct and clear manner, that can be experienced by anyone without any prior musical knowledge.

You are also educated as a biologist. How does this influence your conception of music?

Basically, by giving me the opportunity to get immersed in exceptional natural sonic realities like rainforests, deserts, etc. Reality contains immense amounts of not only materials (i.e., sound recordings) but also, and more importantly, inspirational features. These might decisively affect our conceptions of pace, space, timbre qualities, dynamics, textures, etc. much more than any musical treaty or software.”

What are you key references. As we know Pierre Schaeffer and Michel Chion. Any other people?

Both Schaeffer, Chion and references in the general discussion and understanding of “musique concrète”, not so much in musical terms. As so many other sound artists I feel inspired by many different artists, but, in my case, also by “reality”. The influence of the latter – and its possible technological mutations – is what drives my work.

In which direction you want to develop further? How about your thoughts about the future of experimental electronic music?

I’m very bad at making predictions, so I won’t try to foresee the future of experimental music in general, other than saying that it’ll probably show features of the technological trends of the moment, as it has happened so far over the last fifty years or so. Personally, I’d like to be able to increase the level of engagement of the listeners by creating public (or private) situations that promote this, instead of the music spectacle.