Rina Naganuma is a film director in Sapporo, was born in 1981 in Sapporo. She started filming in her first year of high school, and now is working for advertising agencies and filming with students in workshops. Besides that, she organizes Eizoko (Picture+Fridge – mintage), a group that puts together an independent film event. Today she talks about her new film “Bright Lie” and its roots. 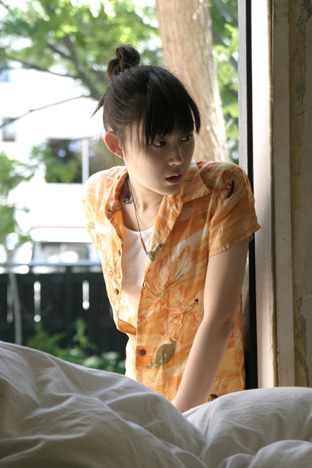 Yes. But I am not a kind of person who goes to movies every day. Like just enjoy some movies on TV at night. Jackie Chan, My neighbor Totoro (Hayao Miyazaki), Spielberg are still my basic favorites. I think I’ve seen movies less than others who shoot film in my age. 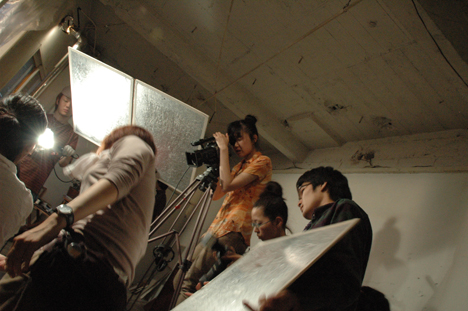 How did you become a film director?

It is little different from because I like a film. I’ve liked to lead others like as a class officer since grade school. And “film director” would be the best career for me, I thought.

When I was a freshman in high school, I started filming for the first time. One of my classmates became the cast. Since then, she has been in all my works, but that time, the shooting was done by only two of us; me as a director and her as an actor. We didn’t have scripts and words, just shot with a theme of “feeling”.

I wanted to have a small screening within the school, only with my friends, but we actually held a screening event of independent films “Eizoko” in a public space. This is joined by a lot of folks and became opportunities to get to know wide range of people. That is how it is. 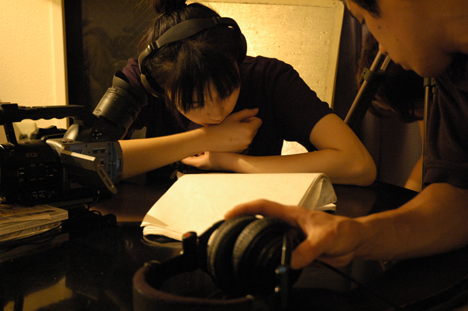 How did you determine the course to be taken after high school graduation?

I didn’t think of “learning a film” in the university or a special school that time. This might be because I was shooting “feeling”. I just had a strong desire to shoot the moment, rather than “how to make a film” in a technical way. I might be feeling a kind of “limit” to the sensuous part in each case and shooting rapidly too much. I thought that it would be ok to lean the technical part little later. I wanted to keep the impulse that time.

Time passed rapidly while I had screened my works at various venues because of the “Eizoko” event, experienced as an assistant film director, and been doing workshops at the university. I could have many encounters and opportunities because it might be uncommon that the teenage girl was shooting a film belonging nowhere. I continued drawing “feelings” in my films and screened those at “Eizoko” event. The style has been established around the time.

There is a film titled “Devoted Garden” (2002), the work which became my turning point. This was when I was 20 years old, and I could shoot it with many other collaborators’ supports. The film became splendid in both technically and quality, participated by a lot of experienced professionals. The “Devoted Garden” was also screened in a film festival in South France. I could meet my teammates too.

I could learn a lot from making “Devoted Garden” including my possibility in the large-scale film field, deficiency of myself, etc. The importance of communication was also what I leaned the time. I needed time to think about those things and that is why it took me a while to get down to the next original work.

I felt like doing something in a different field, and threw an event called “Mixer” in 2004. This was something visitors could enjoy while I was showing my old films and pictures besides live music. It was my first time to have a concrete theme in making films. It became also an experiment for the communication with the staff and the audience.