Just on the other side of the part of Meiji Street that connects Shibuya to Harajuku, you will find the store N id which has been open for about three years. 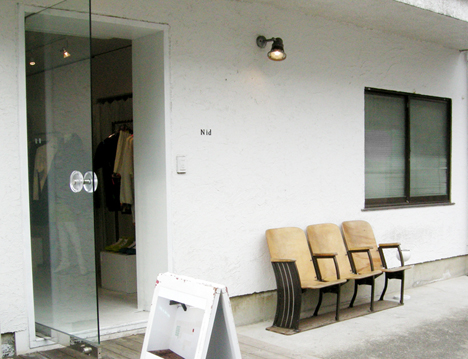 The average select shop will choose clothing that fits the store’s color, that is to say the “concept” of the store. While the clothes to become part of the stores concept in some way, you can only begin to see the surface of the original designer’s intentions. In contrast, N id aims to draw out the designer’s complete concept by completely changing the shop on a regular basis to create a kind of installation to exhibit the designer’s work. The concern treated effort to show only the viewpoint of the designer makes a huge impact on people who come to the store. That has become the impression of the new shop Nid. 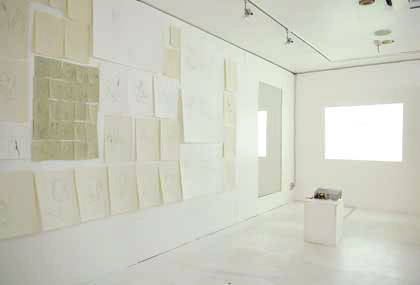 Impressed by this fresh enthusiasm to show case the designer, last year the well-know trend setting shop La Foret Harajyuku took on the endeavor to create a limited-time special entrance booth to feature N id. Currently, the space is limited and remaining items from several previously featured designers are lined up around the store, but in the future the director of the store would like to find a way to feature one original designer while also continuing to sell past collections on the side.

So far N id has been introducing collections from European designers. The buyer, Mr. Takahashi, often visits Europe and only after having an actual conversation with the artists and discussing the motivation and thoughts about the clothes will he decide to distribute the designer. Usually the connection between the designer and the clothes is missing from the communication to the customer but Mr. Takahashi intension is to take a more careful and developed approach by creating a strong connection with the original creator of the clothes, so for this reason he feels he must agree with the viewpoint of the designer and see their passion.