Comanechi is one of this rare but amazing things that happend to you when you are surfing the Internet and suddenly you get blast and captured. Comanechi is a band that its really hard for me to introduce because I was trilled since the first time I listend to them. I started with the kicking ass song “Death of you” one of those song that you ended saying YEAH! and start to search, who is this people?.

The best you can do at the end of this article, is to go straight to know them and became a fan just like I did, so visit the band site comanechi.com or myspace.com/comanechi

Akiko is also the lead singer for another amazing band called PRE. I got to talk with Akiko, and she kindly agree to make an interview, so here it goes. 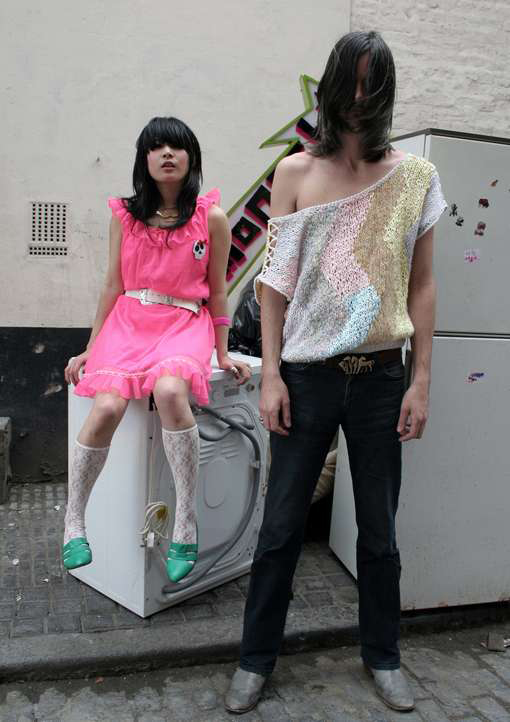 I care about what I wear and my hair when I’m out. It would be lie if I say no, if you are one of people who are seen on stage etc, you should care about your looks.

You are a band that do lots of gigs, do you have any funny gig history, something remarkable to tell us?

Always! There are so many stories. But I don’t know which one I should tell. Once we had a driver who couldn’t drive (he had a driving license but he was a shit driver!) He nearly killed us 3 times in half hour on the road when we were touring in the UK with Gossip. 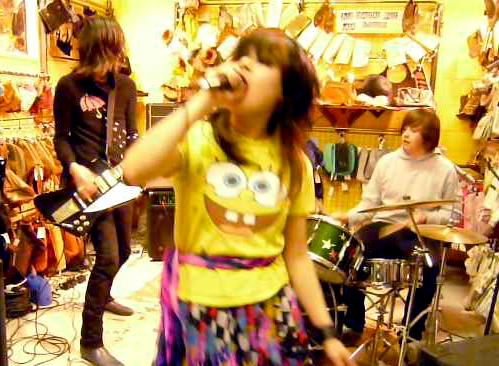 I was reading your pussy history, when you lost your cat your mom said to you, that the cat will became a drum, is that why you play Drums?

It’s based on my childhood story. But I half made up to make the reason why I play drums.

What you can tell me about Simon (guitar player on Comanechi)?

He’s tall! haha, he’s nice. He’s good at being in a band with me. I’m quite bossy in the band but he loves me ball busting him.

Some of your influences are artist like Yayoi Kusama, Thomas Demand, Tom Sachs. Are you into Contemporary art? 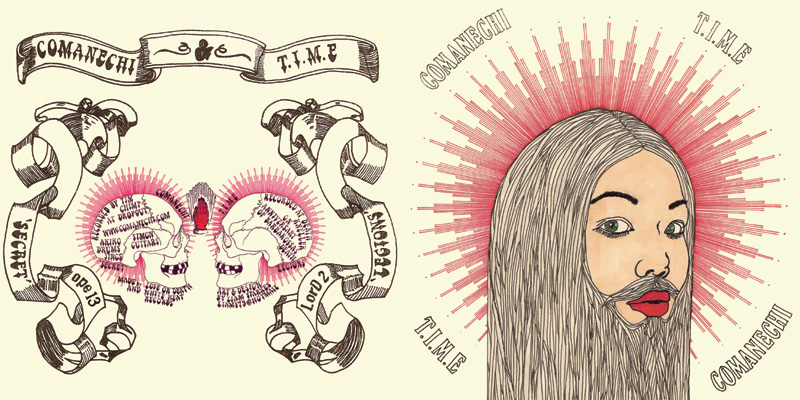 You do all the drawings and images for Comanechi, have you exhibit your artwork?

I used to and I’d still love to if my time allows. I always love making things in general. I do graphic design, I design & build website (I did Comanechi one and Merok records), I design band T shirts etc. (Mystery Jets, PRE, The Big Pink, Twee As Fuck, etc.) So if anyone want me to design, contact me!