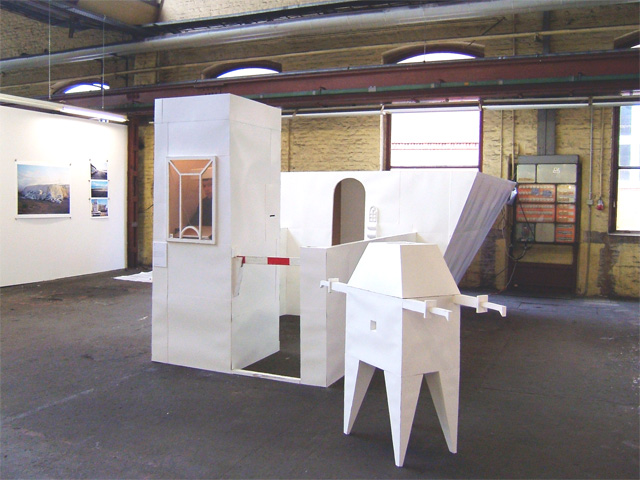 The work that focused on placing the audience in a “migrating” experience was by David Polzin. He constructed a small but holy shrine of his own in the exhibition space. Audience members were required to show their ID to the artist in order to go and see the inside of the shrine. By creating a similar structure as immigration controls at the airport, the artist succeeded in guiding the audience through an experience of stepping into a fictitious territory. 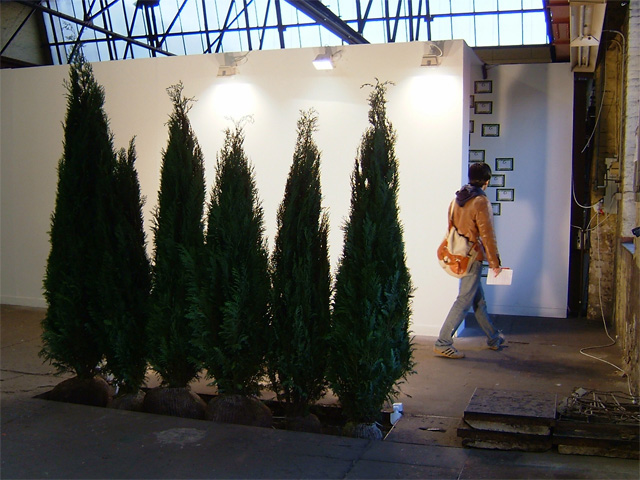 Marie Luise Birkholz《I also don’t want to have anything to do with it.》2008

Marie-Luise Birkholz‘s work adopted an aspect of transferring the audience. She installed lightings on the wall and a line of trees in front of them. This style could be seen in a typical German detached house with a front garden, which could serve as a public space as well as a private space. 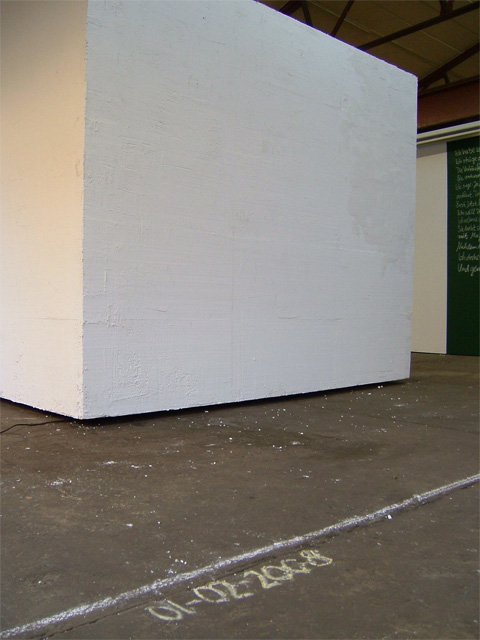 The artists who interpreted the theme of the exhibition in a humorous fashion were Erik Alblas, Irene Paezug and Taro Furukata. Erik Alblas and Irene Paezug installed a wall that kept “moving” slowly throughout the show. 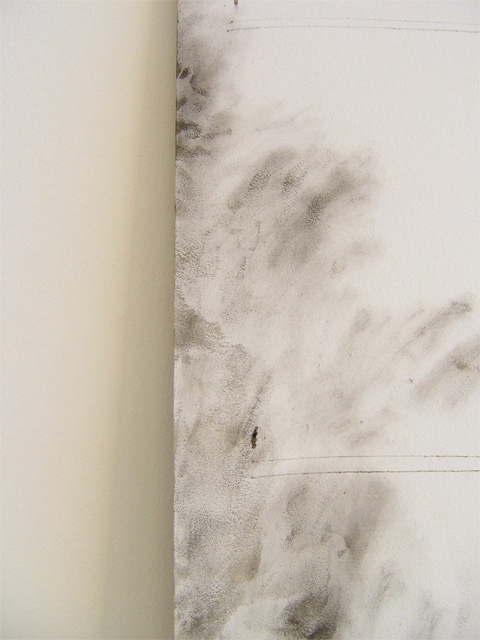 There was a white panel leaning on the wall. This white panel appeared to be the same material as the wall apart from the fact that it had slight black marks all around it. Taro Furukata used coal to make visible hand marks and fingerprints, which were made during the installation on the panel. By bringing out the traces of people who worked on the installation, the artists, who set up their work in the exhibition, in other words, the leading roles that migrated, became the subject for his work.