What does Article 9 mean to you? “Into the Atomic Sunshine: Post-War Art under Japanese Peace Constitution Article 9,” gives new energy to the most contentious clause in Japan’s constitution. The exhibition derives its name from the Atomic Sunshine Conference, a meeting between the American GHQ and the Japanese government that took place in February 1946. 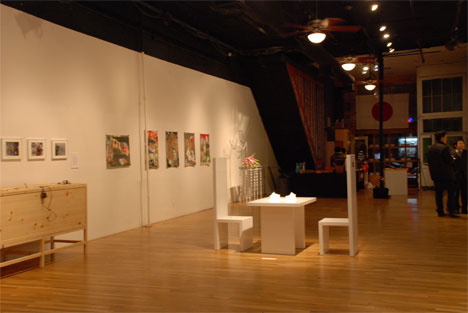 In the immediate post-war years, the American occupation drafted the document which would become the Japanese constitution. Like Article 9, the constitution has not changed since then, though its revision has been called for numerous times, in both Japan and the U.S. Article 9 declares that the “Japanese people forever renounce war as a sovereign right.” In recent years, instability in Asia has brought up Japan’s right to defend itself and possess an army.”Into the Atomic Sunshine” comes at an opportune time, as Article 9 is being critiqued more than ever.

According to curator Shinya Watanabe, “Article 9 has a universal question or meaning that we need to think about.” And, since “it’s almost like a taboo to talk about Article 9,” the exhibition should, at the very least, encourage some dialog on the Japanese constitution. Mr. Watanabe is an independent curator based in New York whose work deals with the relationship between art and politics. After many years spent in the U.S., he realized that the atomic bomb and the many issues that surround it aren’t given the importance they demand. On this note, he comments that “art is a very good way of communication, so I want to use this exhibition to communicate, especially between Japan and U.S., and Japan and Asia.” 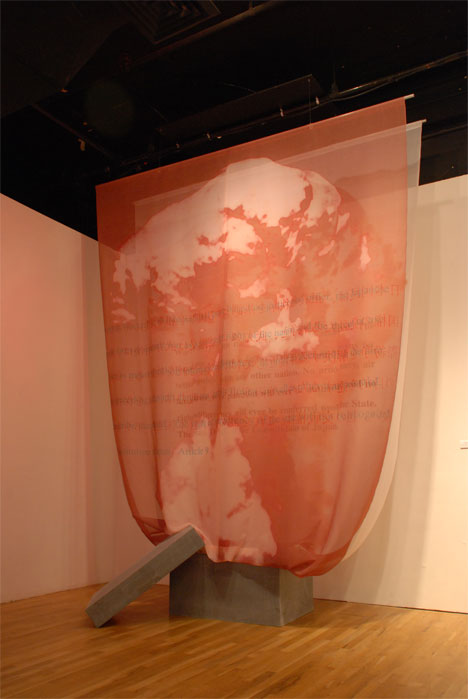 Hiroshima-based artist Yukinori Yanagi has often dealt with controversial issues in Japanese history, such as Emperor Hirohito, North Korea, and the Hiroshima atomic bombing. In “The Forbidden Box,” the artist superimposes two 17-foot long pieces of cloth, one with the image of the mushroom cloud, the other with original and revised versions of Article 9. At the base of the cloth pieces rests an opened box engraved with “Little Boy,” the name of the atomic bomb dropped on Hiroshima. The engraved box is an allusion to Japanese folklore’s Urashima Taro as well as Greek mythology’s Pandora’s box. The opened lid signifies the hope that is possibly left in the box after the dropping of the bomb. 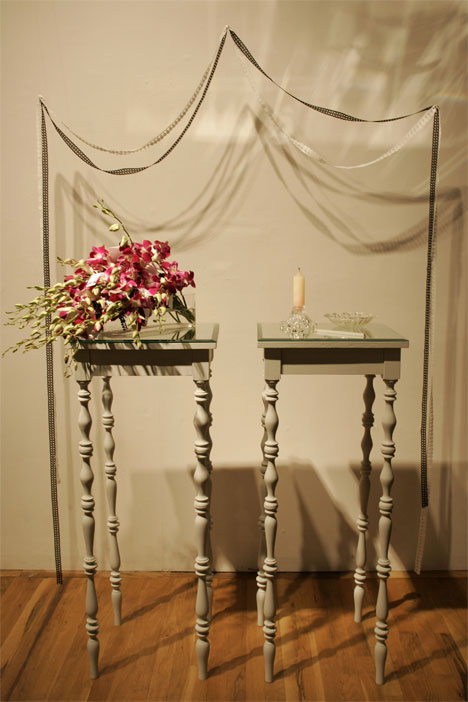 Vanessa Albury, “Your Fears, My Hopes”. Photo: Ota Yasuo (Thanks to Fukuinkan Shoten)

This piece invites viewers to write a fear on a piece of paper and burn it in a plate with a candle. A bouquet of orchids, each one with a message from the artist, sits next to the burning piece. The artists encourages the viewer to take a flower and the accompanying message. “Your Fears, My Hopes” incorporates the release and acceptance of hope, and a complex interplay of responsibility with the viewer and the artist.