Daydream Nation is an intriguing collaboration between a sister and a brother, fashion and theatre, stories and memories, catwalks and narratives, voice and silence, reality and imagination, dreams and daydreams, between lost and found….

Let’s face it. Isn’t it what we are going through now and then ? Why are we being reminded over and over again? Are we not adapting ourselves good enough? Are we contradicting ourselves too much? Are we being transformed and reformed? Are we… are we…

Hey, hold on a minute…. perhaps that’s what the founder duo, KAY and JING want to achieve! Bring us out of our old closet…. ! Be bold to think. Be free to speak. Be inspired being yourself. And most of all, be immersed in their works.

“Good Morning, I’m Sleeping is Spring/Summer 2008” – tell us the story behind this…

The whole season’s concept started when one morning I found a hole on my bed sheet. Before I got to throwing it away, I placed it over my shoulders like a kid would imagine himself as a Superhero. I found out that by manipulating the bed sheet on different parts of the body it can become beautiful garments! I sent Kay some photos and she decided this
has to be the season’s theme. I started to put together a story of which the protagonist wanted to stay in bed dreaming forever, when the harsh reality of Coffee Cups and Alarm Clocks wake you up to face the horrible everyday routine of commuting to work… So ‘Dreaming’ here is more like a metaphor for one’s belief and aspirations in life and how one should hold on to it no matter what happens !

A/W 2008 is a contrast to S/S 2008. It’s Dark and Foreboding and called ‘Good Night Deer’. ‘Good Night Deer’ is about a Hunter being cursed by a Deer he killed, transforming into a Deer and ending up being hunted in return. This season we are really trying to push the story-telling element even more, and the clothes and accessories are all closely linked to every part of the story. For example we have Arrows that thrusts through your neck as accessories ! O well, obviously not for real…

Why ‘Daydream Nation’? Any interesting chronicle play behind this?

Well, any SONIC YOUTH fan will probably know this is the name of one of their best albums! But we decided on this name mainly because one of my favourite directors called Phelim Mcdermott once commented that the ‘society has a certain kind of racism against daydreamers’… and that phrase got stuck in my head. Kay and I feel even stronger about it now since moving back to Hong Kong from London… People look at you with strange and critical glances if you behave slightly different from the mainstream. We hope that ‘Daydream Nation’ can be a safe haven where those people with silly thoughts can embrace without boundaries… and one day, the society can respect the importance of imagination, and that imagination comes from the Act of Silliness.

In terms of developments, which comes first – the tale or the design?

We don’t have a set of formula in our work. As I mentioned earlier, our last summer season came from a hole in my bed sheet. This season ‘Good Night Deer’ was inspired by a drawing, from which I created this horrid tale… I suppose the tendency seems to come from a concept or story first, before we actually start making clothes… but I don’t see why it can’t be the opposite way. If we spilled coffee onto our garments one afternoon, we might want to spill more on it to make the mistake a deliberate act. From there a concept is born… and we can go anywhere from there…

Shouldn’t there be some sort-of dependency underneath but at the same time, the variables can be independent within its own discipline?! any opposite attraction or contradiction between the two of them?

You mean the tale and the design? Yes there is definitely some sort of strange tension between them… we sometimes come to a stage where the clothes can’t be without a story, and the story needs the clothes to help telling it. It’s like Men and Women, or broadly speaking – tension between Lovers… Do you have Love first or Sex first? Some might say Sex comes from Love, but some might say otherwise…

Is there always a message to theatre lovers and fashion aficionados? or merely a cross discipline to stimulate their senses?

Message is always the key to our season’s design. We believe the crossing between Theatre and Fashion helps spreading the message to a much wider audience. Fashion always seem to give people the impression of superficiality, but it doesn’t have to be this way. 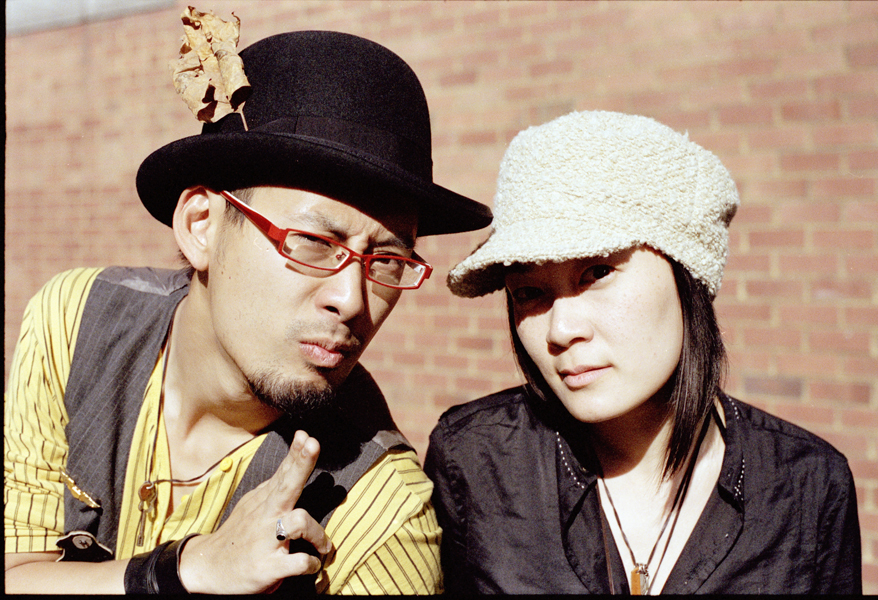 Inspiration itself is an abstract thought. how do you keep abreast of developments like this? Any fear of decline?

Funnily enough it has never been a problem for us. Inspiration is less abstract than what everyone thinks. As long as the Artist/Designer is constantly curious and interested in things around him/her with the openness and innocence of a child, the world is always fresh and full of surprises in his/her eyes. All you have do is to slow down and “really” look carefully into things and inspiration never runs out. But sometimes it is problematic to have too many ideas, since they will divert your focus and you have to be really harsh up and chuck them into the bin!

If the day really comes, what would you do?

Read a book. Take photos. Draw. Write. Do anything but don’t wait for inspiration to come. It never comes.

If Daydream Nation is invited to design or re-design a national costume, which one do you pick? Any reason for that?

What do you think most nations daydream about these days?

Regardless of age, time, race – everyone is constantly having fun and enjoying little details in life that we normally neglect.

Please pick a color to represent each other. And why?

Kay picks RED for Jing… because he is passionate.
Jing picks PURPLE for Kay… he thinks Kay has two sides… The RED side and the BLUE side… Kay has the irrational impulsive side but also the cool rational qualities…

Please draw something for the readers. 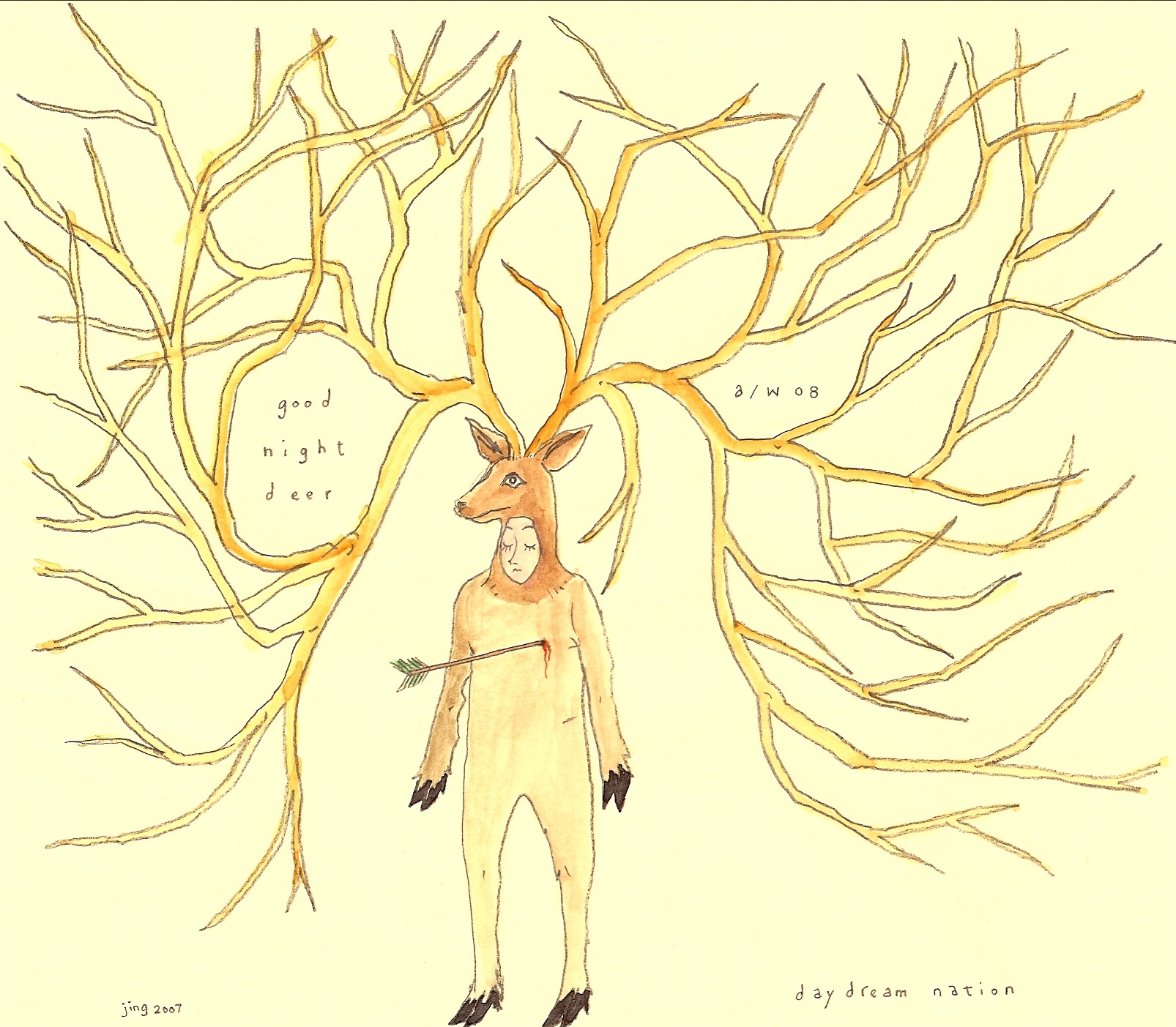 Lastly, please leave a message to them.

No matter what, DREAM ON!!! You are not the only one.