“Never forget to look at the stars”, he said. That’s what I was doing some days before we met. And I was also looking at the stars when I found his book, this colourful and brilliant book with his art all over it. I remembered then that I had already met his art when he was interviewed in a radio show, some time ago. Every star was pointing at Claudio Roncoli. 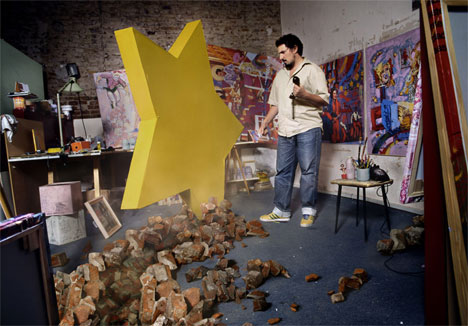 That may be the reason why some days later he contacted me and we met for an interview in his studio, a huge place full of collector’s pieces, books, magazines, comics, robots, stickers, pencils, brushes and papers. Giant works of art filled the walls and the floor, waiting to be picked like flowers. His colours and textures were everywhere. 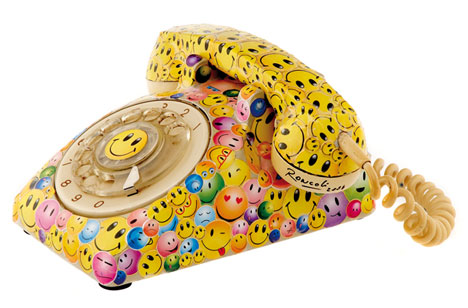 “My father owned a library and toy store until I was ten years old, says Roncoli. That’s why I was always surrounded by the kind of stuff that inspires me until now. I used to play with toys with my two brothers while my parents were away. Then, they made souvenirs for parties and travelled through the country in a school bus selling them. That’s was very special for all of us”. 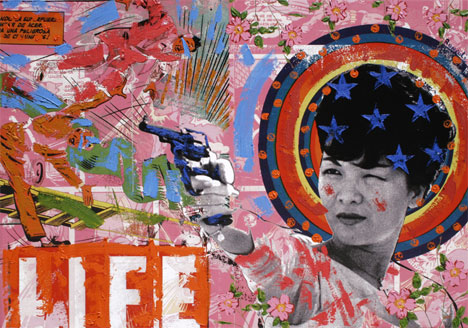 Which have been the highest points in your career so far?

In 2002 I did a solo exhibit at Theatre General San Martín. Then, in 2004, I got to show my work at Praxis Gallery, a very important place here in BA. For me, that was like a trampoline to access the big public. In 2006 I started working with Enlace Art Gallery, in Lima, Peru and I’m still with them. The publication of the book “Claudio Roncoli” is another important thing in my career, and it happened in 2007. 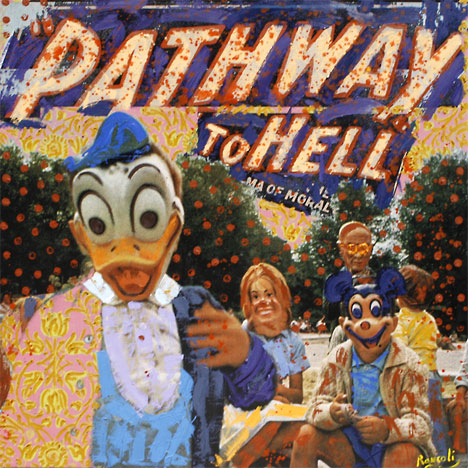 It was the book that united us, with the fuchsia cover. The book shines among a multitude of books.

So I cannot explain Roncoli’s art. I wouldn’t even try. When his art meets my eye, I find a mixture of happy sensations. It’s like an energy shock. Kitsch meets retro and vintage meets timeless beauty. Colourful pop bursts into the scene with the shape of giant brushes filled with energy. Some paintings have a feminine look, there’s a deep subtleness emanating from them.