The little brother of Primavera Sound festival have grow in his second edition. But if the first is a established cult festival bringing the biggest bands in independent and alternative rock scene, the Estrella Damm Primavera Club looks deep inside the newest and underground tendencies cowhereming from edge to edge. 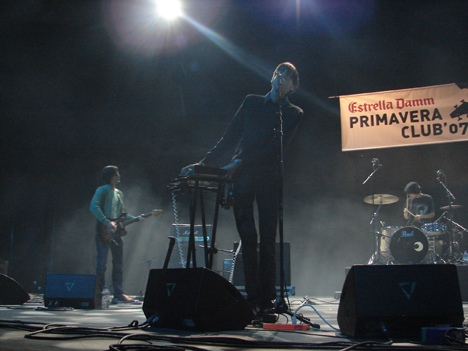 The lineup this time presented more that 30 artist, where the newest bands shared stage with the veterans. The Primavera Club have surprise everyone with 6 days of concerts at the Forum Auditori and the Apolo club and Apolo (2).

Together with this lineup of young promises, we have the opportunity to listen live the new solo work form one of the father of experimental rock Thusrton Moore leader of Sonic Youth, presenting “Trees Outside the Academy” his new record joined with a band formed with members of Sonic Youth (Steve Shelley at the Drums) and musicians from other bands like The No Neck Blues Band, The Sonora Pine and Codine. The powerful band leaded by Dylan Carlson, Earth presented their new release Southern Lord. 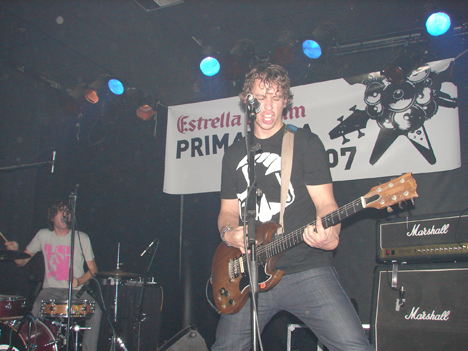 One of the most remarkable concert was the NO AGE at the Apolo[2]. The band coming from L.A is one of the most interesting proposals that came from the incredible concert place, art gallery, community center called The Smell. The Smell is celebrating his 10 years of life and NO AGE are one of the artist that will play to celebrate. The L.A duo formed by D.Spunt and R.Randall presented the powerful “Weirdo Rippers” in a unique concert were the noise and the energie was contagious till the point that the band invites everyone to jump on stage ( the little one at Apolo[2]) and the last song the guitar was played by someone of the audience. Great show, one of the best of this Primavera Club. 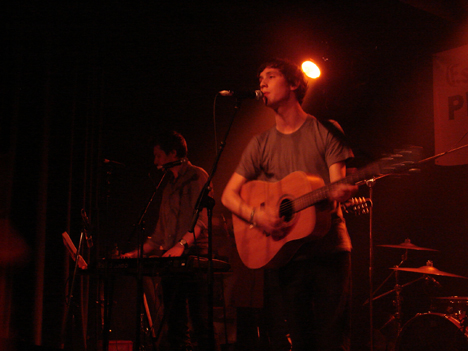 Fanfarlo plays the same day of NO AGE but earlier, and the proposal couldn’t be so different. The U.K band leads with the charming voice of Simon, presented their delicate folk-pop in a exquisite concert that filled the place like a explosion.

One of the most expected concerts was the Deerhunter one, that comes with the notice that the Atlanta band after more than 6 years playing on the road, will take a time off after their Primavera Club gig. And the concert was a perfect “see you later” (we hope, they return soon) show, the band presented their amazing Cryptograms record and Turn It Up Faggot.