The piece that visually appealed most to me is a huge drawing by Eduardo Infante in cooperation with Delphine Delás, and it’s simply called “Babilonia”. Two girls with young and innocent faces, one with bandaged eyes and topless, the other with striped stockings, are posing with spread legs. Between their legs, crowds of little animals and masked figures are emerging. 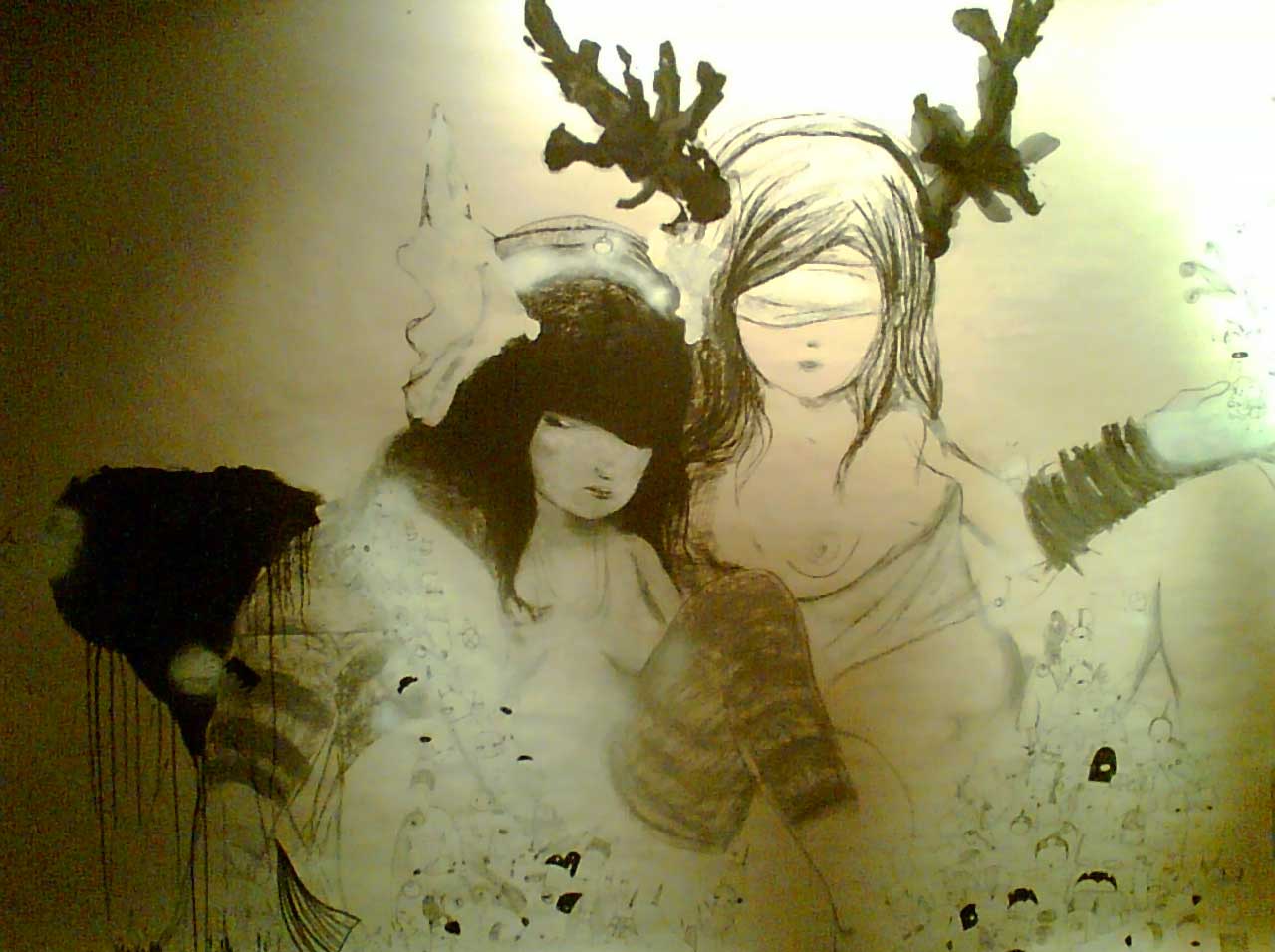 Sonia Carballo Torres also has created a very colourful and at first sight peaceful seeming mural, but the playing children are threatening the observer with weapons. It becomes clear that in reality they are child soldiers – or “tin soldiers” as the title says. 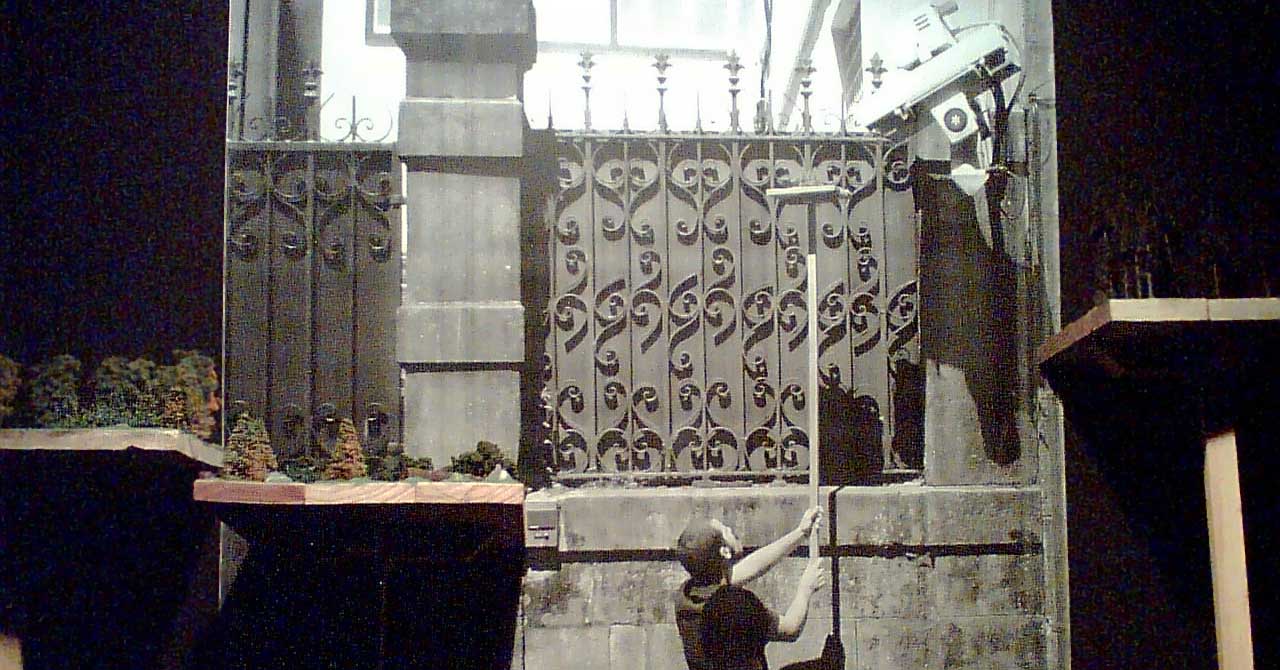 Some unusual street-art is done by Fran Meana. He is building small landscapes, just like model railway idylls and mounting them on little platforms which he places under observation cameras. He is criticizing the increasing surveillance we’re all exposed to, yet in an intelligent and funny way. Isn’t it also nice for the observers to have some change to the grey streets flickering day after day on their screens? Some nature is surely doing them good – and us townies, too. 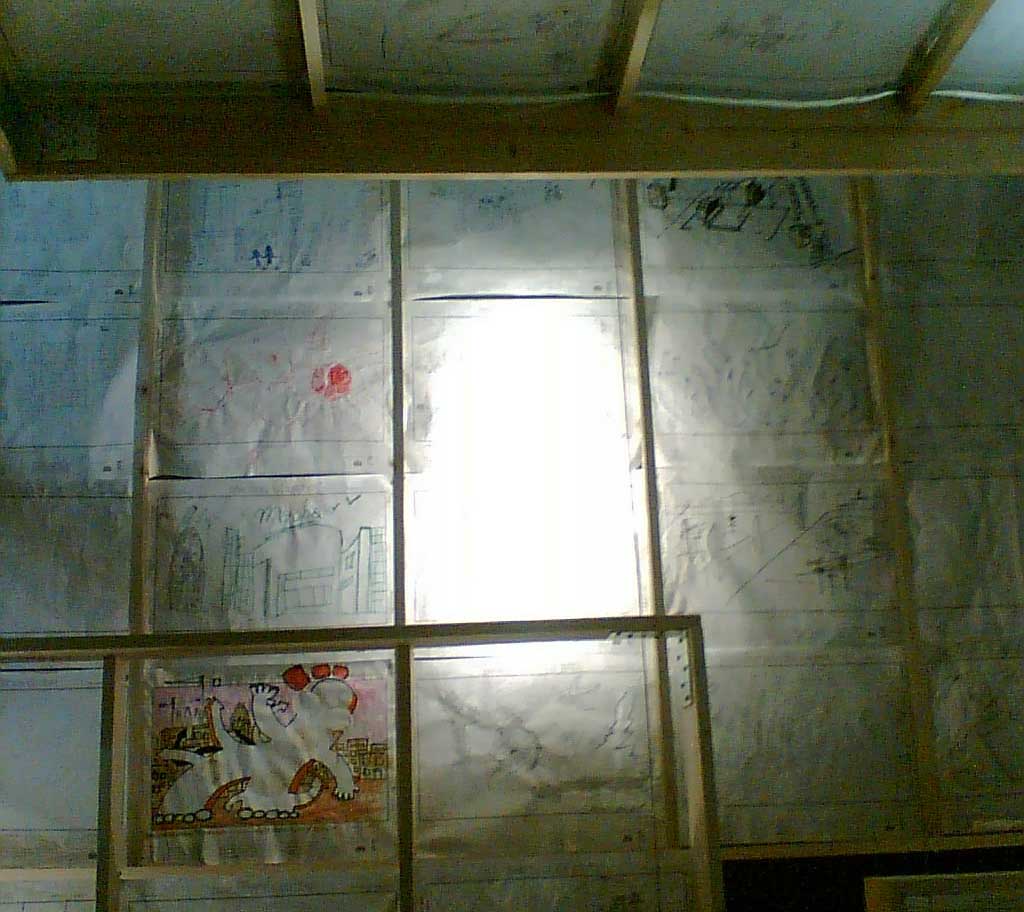 “Draw the city” is the last station on our round tour through Babylon. The artists Gerard Cuartero and Jordi Queralt provide papers designed like paper tablecloth that is used so often in urban restaurants.