What is Zune? You ever heard of something about it among readers? It is a Microsoft’s portable media player originally released in November, 2006. To be honest with you, I rather see iPhone more frequently than Zune while I take the subway in NYC. Regrettably, they are on sale currently only in US besides it seems like taking more time to have a high popularity even here. However I am pretty looking forward to this party to see what Microsoft launches something to drive Apple into a corner somehow or other. And what their competitions bring to consumers and others. 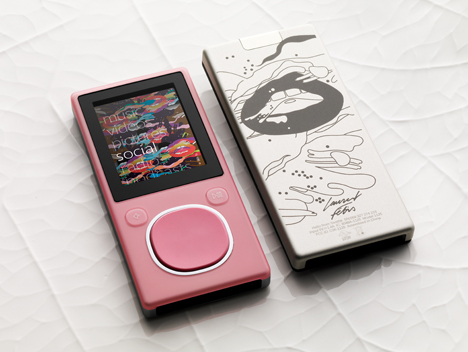 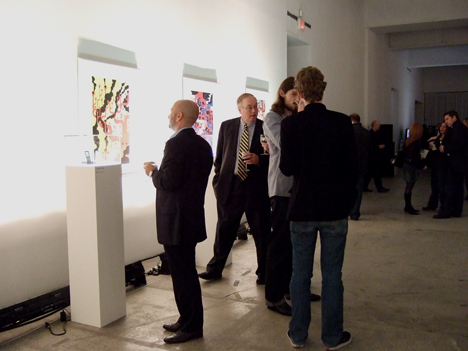 I was fortunate to join the party with one of the aritsts, Chisato Shinya a.k.a. Kinpro. She told me that she had been offered by a director unexpectedly a couple months ago and she had no idea how it was going to be at all. We visited the venue before seven because we just couldn’t help it with a mixture of excitement and anxiety. But guys at door told us to come back later and gave us to steady down at starbucks. 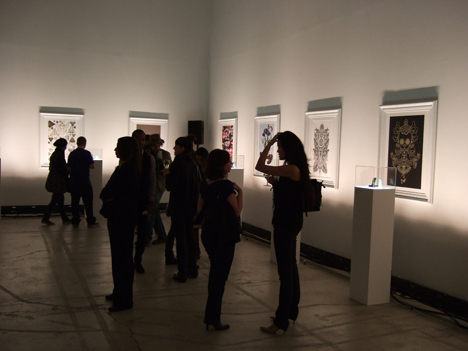 A venue, Skylight, is located in a part of downtown, west side of SOHO, the end of China town. A big white rectangular cubic and all. All 27 original artworks are framed and hung on extensive surrounding walls splendidly. You can also actually see their engraved works on the back of the device in a show case in front of each artworks. Bartenders serve drinks in the middle of the hall.