Zoo Art Fair, Frieze Art Fair is one of the biggest in London. 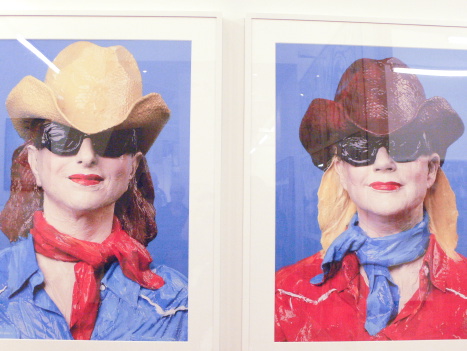 How would you like to experience an art fair where, along with the exhibition, you have elephants and giraffes in your peripheral vision? Did anybody go to London Zoo Art Fair last year for exactly that? Who knew they moved to the Royal Academy of Arts this year? How can you call it Zoo Art Fair if it no longer happens in a Zoo?

Zoo art fair showcases commercial and non-commercial arts organisations that have been running for less than six years, and represents galleries, project spaces, artist collectives, curatorial groups and publications. About 60 exhibitors based inside and outside of the UK were on display. 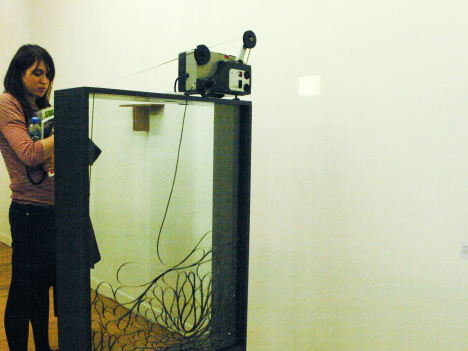 Laura Bartlett Gallery, based in central London, exhibited the work of Elizabeth McAlpine. Presented mainly though video and sound related time frames. “The Height of the Campanile“ consisted of 8mm images of San Marco Campanile and a glass case placed under the projector. Contrasting with the silent images, the film reel spools from the projector then twists and turns around inside the glass case below the projector to create paisley-like patterns. The stillness and motion made an interesting juxtaposition. The length of the whole film which coiling in the case giving a feel of the height of the Campanile. 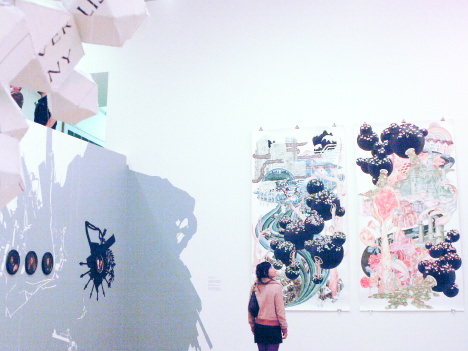 One of London’s newest art spaces, 176, based near Chalk Farm, exhibited a special show “An Aside” as an extension of their current show “An Archaeology”. American artist Dan Ottoe’s pornographic neon work got attention for it’s eye catching quips. “Everything will slip thorough your fingers like water. ” “You have more freedom than you’re using now. ” Being born into a farmer’s family, it could be Ottoe’s critique about the materialistic aspect of American society. 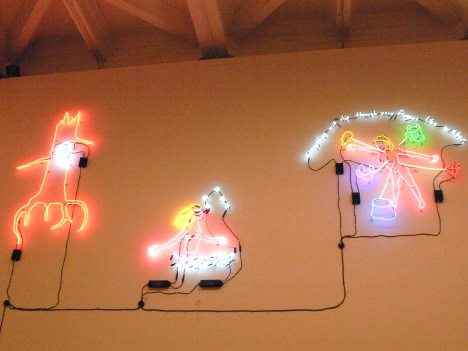 Compared with the relatively young and small Zoo Art Fair, Frieze Art Ffair is one of the biggest in London. It is annually held In October at Regent’s Park. 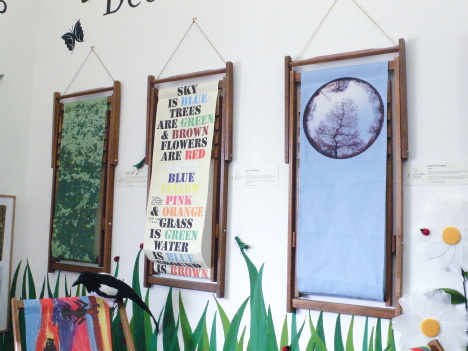 Have you noticed the deckchairs in Hyde Park and St. James’ Park with the fabulous prints on them? Yes? That is because they are designed by famous artists. Paul Smith and Elly Kishimoto are but two patrons. “Deckchair Dream” is the name of the project organized by the charity group The Royal Park Foundation. This year they produced chairs by children from four British schools, as well as the ones by Damien Hurst, Sam Taylor-Wood and others. Not only can you hire them in the parks you can buy them from £45. They are art, for charity and limited edition. Hmm, I’m really keen to have one of those chairs. It doesn’t even matter that I don’t have a garden.