In Yamaguchi city Yamaguchi Prefecture, after passing the Yuta hot-spring area crowded with hotels, you will come across an open space all of sudden. Over the green carpet of the grass, you will find three of small, medium and large waves. That is Yamaguchi Center for Arts and Media (YCAM). You can’t help asking yourself why there is such a building in the middle of nowhere.

According to a spokesman, Yamaguchi city has the smallest population amongst the prefectural capitals, but now it has this brand new culture center which pursues the new creative value of arts and information as a platform which shares media technology. 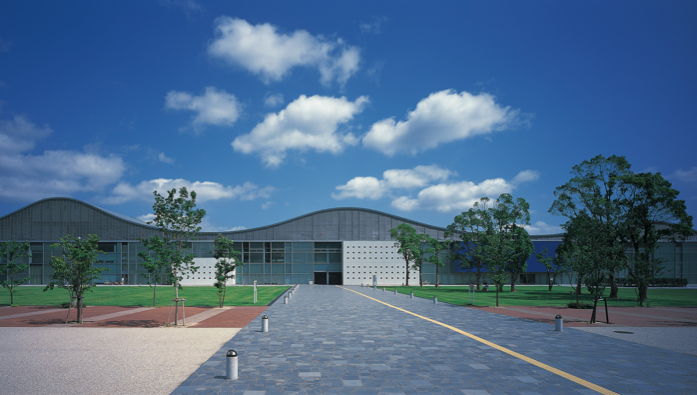 It opened in October 2003. This outlandish building, designed by Arata Isozaki & Associates, consists of three, small, medium and large waves, and each wave has different functions. 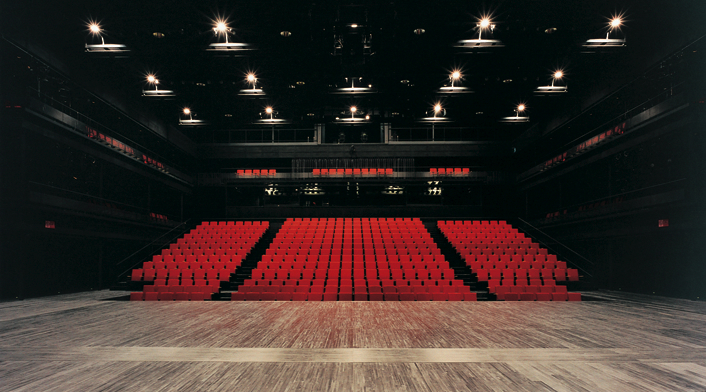 The largest wave on the left is Studio A. This is a theater type of space but seats are movable, so you can use it as a huge space as well. They don’t call it ‘hall’ but ‘studio’ because it is also a place for creations.

The middle wave of the building is a foyer but also an entrance. It is a well hole surrounded by the glassed-in patio. There is a grand staircase in the center and it can also be used as audience seats or a stage. When I visited there, there was an event using it as audience seats.