Upon entering the Eyebeam in the month of October, the first thing you would notice was that big white ball, floating. Underneath it, the floor was carpeted with a large video projection, and showed this message: Why are you alive? 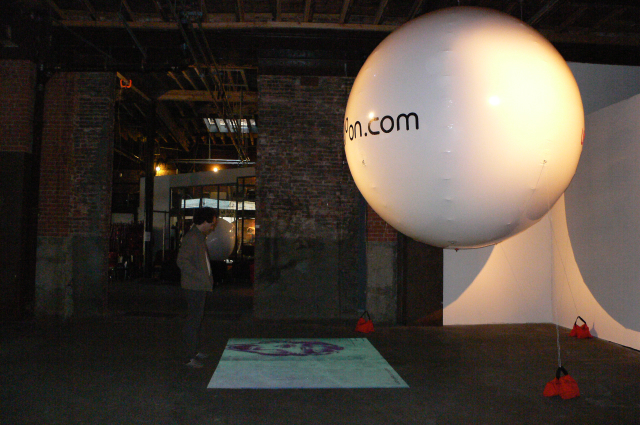 A rather odd welcome. It turned out that this was one of many text and image submissions being projected by the Urballoon during this fall’s Interference exhibition. The show was a retrospective of Eyebeam artists’ work, part of a series of exhibits celebrating the gallery’s ten-year anniversary. The balloon is unique in that it comes with a laptop and a video projector, allowing it to broadcast in real time content submitted via the Urballoon Web site. Created by Carlos J. Gómez de Llarena in 2002, it was originally intended for an ourdoor urban setting, such as a plaza or a park. However, the project worked well in the tall open space of Eyebeam. 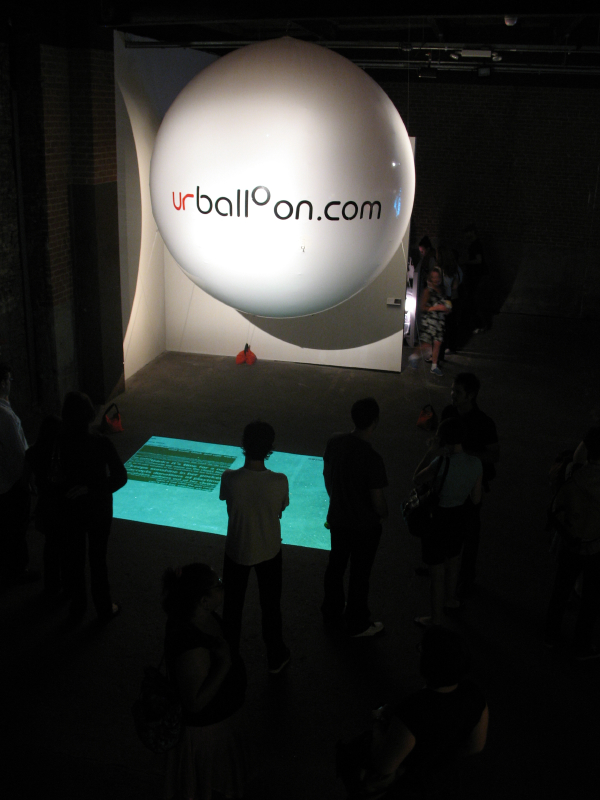 Opening night of the Interference show.

According to Urballon’s metrics data, 3,456 people from all over the world visited the site from September through November to submit content. The most popular countries were an eclectic mix: USA,UK, Canada, Venezuela, Brazil, Singapore, Germany, Portugal, Spain, Australia. Least popular was Niue and Togo with one visit each.

The nature of people’s submissions covered a broad range. Lots of “greetings from…” messages were sent in by users in Ohio, Australia, Paris. Other notable themes included declarations of love, secret crushes, Halo 3, and Web site promotion. A sampling:

“Chirping bird with Silver Bill perched upon my window sill. Coaxed him in with bits of bread and smashed his noisy little head.” (from UK)

“New York is everything I have lost and all that I have left.” (from Norway) 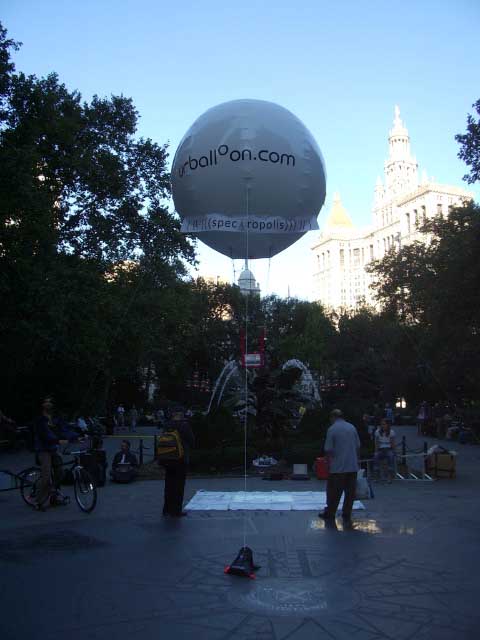 On November 1st, the Urballoon was slated to be taken outdoors for a one-day event, for which contributors had been asked to define New York City in images or words, but it had to be cancelled due to bad weather conditions. It doesn’t perform as expected during windy situations and this is unfortunate considering it is intended to be an outdoor installation. Though you can’t control weather, a larger balloon or a better anchoring structure could serve this project better next time. Or perhaps one perfect and calm night in a park, you might see it floating and projecting its media bonfire.