With the 2008 Olympics commencing in less than a year, Beijing is working overtime in a major urban overhaul and regrettably, this has also prompted the accelerated destruction of its lovely hutongs. These ancient alleys that snake through Beijing are being demolished to make way for chic and upscale development projects in spite of mounting protests. 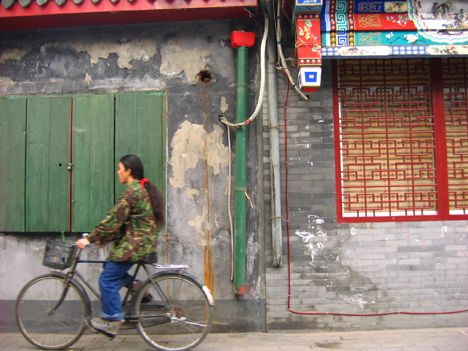 Shift was in Beijing earlier this month and so we give you the lowdown on one lucky hutong, Nanluogu Xiang that has escaped its fate since it is among one of the oldest hutongs around and has been marked for cultural heritage preservation. 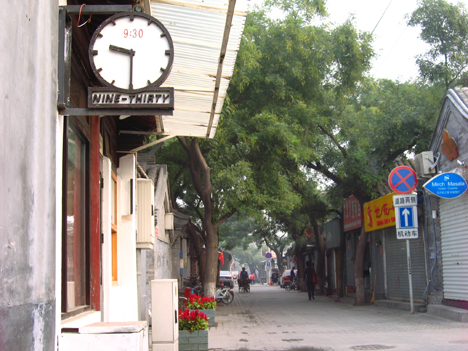 Nine-thirty (No. 91 Nanluogu Xiang) promises a Hong Kong movie every night at 9.30pm. So says the sign on the window of this cafe. Not sure if this really happens though, if it doesn’t, walk a little further down to a Xinjiang restaurant (No. 113-3 Nanluogu Xiang) and get yourself some delicious lamb kebabs washed down with a few bottles of Yanjing beer just like the locals do. 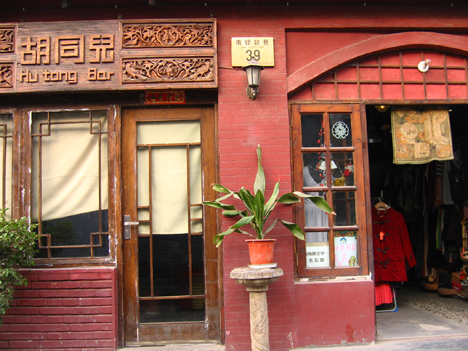 Maybe with the prestigious Central Academy of Drama in its vicinity, this nearly 800-year-old hutong has acquired quite an artsy and creative feel with plenty of bars, cafes and small stores selling trinkets, handicraft and clothing. 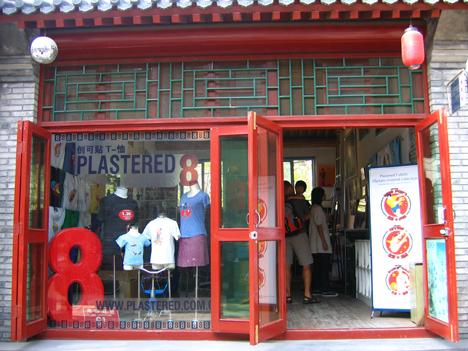 Be sure not to miss Plastered (No. 61 Nanluogu Xiang), a quirky t-shirt store by British designer Dominic Johnson-Hill that brands itself as “Beijing’s original T-shirt brand”. We like the China-themed designs with a tongue-in-cheek twist, particularly the one on street side barber shops (usually a cover for sleazy masseurs) but the sizes don’t seem to fit too well on us so no t-shirts in the end.