As most of Shanghai’s residents know better, spring and autumn typically passes so fast strictly speaking two seasons are left each year. Winter can only mean frozen fingers and bulky coats, so there really is no better time than summer to explore the streets in Shanghai, speaking of which, the Autumn winds are starting to blow this way already. A few weekends ago, my friends and I traipsed over to Jinxian Road, near Shaanxi Nan Road in search of a small (and elusive) Hunanese eatery that was not found in the end. It was fun though, discovering Jinxian Road beyond the ever-cozy Citizen Café & Bar that it is usually known for. 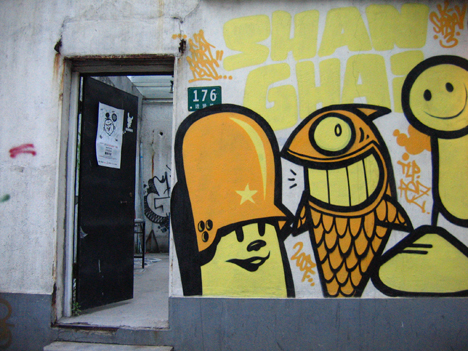 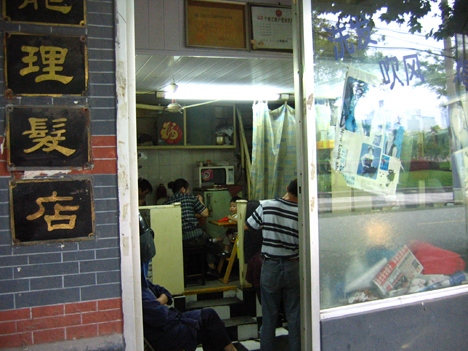 A barber shop also doubles as living quarters for the barber and his family. 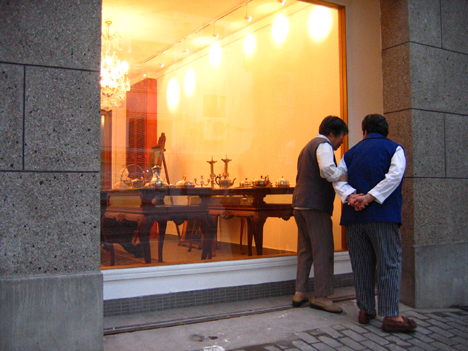 Quite a number of fancy stores have popped up along Jinxian Road. We came upon these two elderly residents deep in conversation in front of a display window, wondered what they thought of these new additions in their neighborhood. 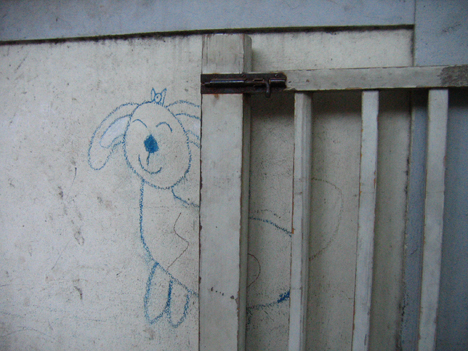 Cuteness! Who can resist these children’s drawings on the wall?

Bright and cheery graffiti at No. 176. I only know the graffiti on the rightest is by The London Police, a three-man collective based in Amsterdam, Holland. We peeked in and there seemed like a design studio of sorts inside. 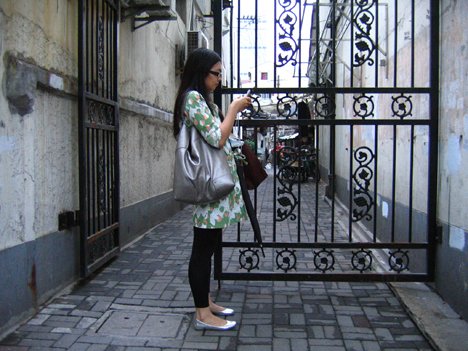 This is Luzette trying to snap a picture of something on the wall. She and I pretty much bring our cameras everywhere when we hang out, clicking away at things which amuse us. 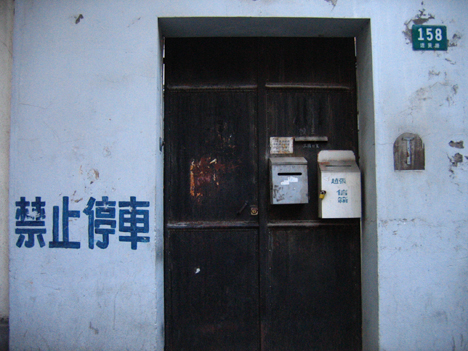 Hand-painted signs are so vintage. 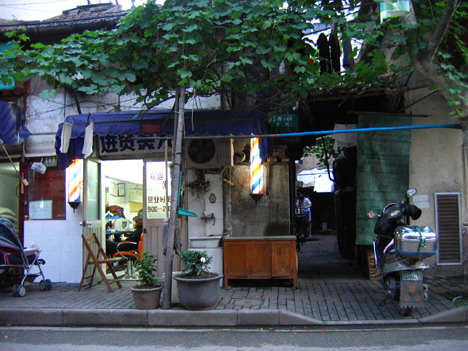 If you look carefully, you can see a woman washing her hair in the alley. 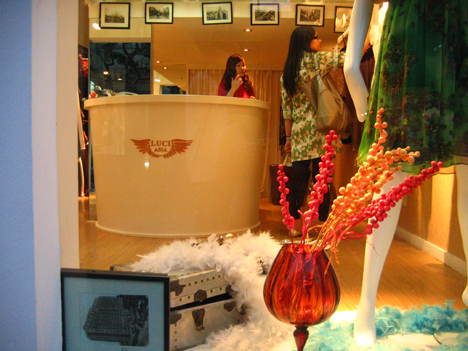 One of the numerous clothing boutiques along Jinxian Road. 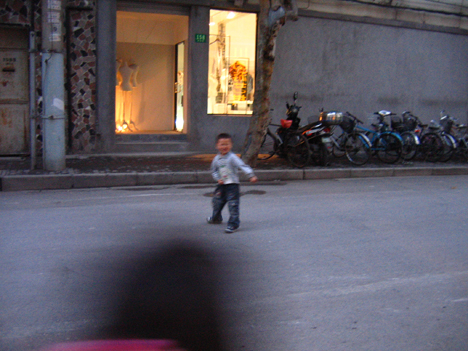 The blurry, black blob in the foreground is actually a little girl playing catch with the boy in the middle of the road. 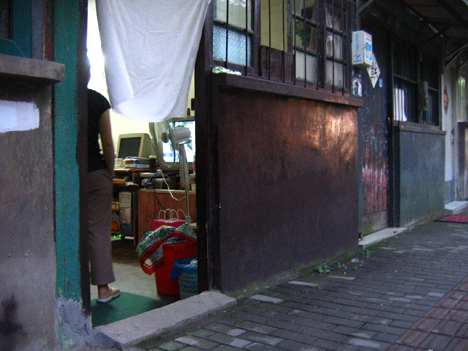 The last photo is one that also showcases a common form of local housing. I’m amazed by the proximity of the living quarters to the sidewalk, and also by how the fancy stores and locals co-exist side by side, not just on Jinxian Road but on many other streets in Shanghai too.