Japan’s first commercial complex on the theme of the robot, Robot Museum in Nagoya. The Robot Culture Museum, which opened on October 2006, mainly consist of 4 facilities; a museum with many robot related exhibitions “Robothink”, a museum shop with nearly 2,000 kinds of robot items; Robot Mirai Department, an interior shop; Hattori Lusso and a cafe restaurant Famires. This museum, placed in the center of Nagoya’s downtown Sakae, connotes the near future with its unique name, and gathers many people from across the globe. 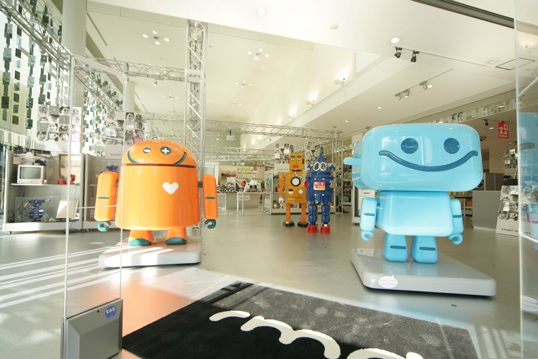 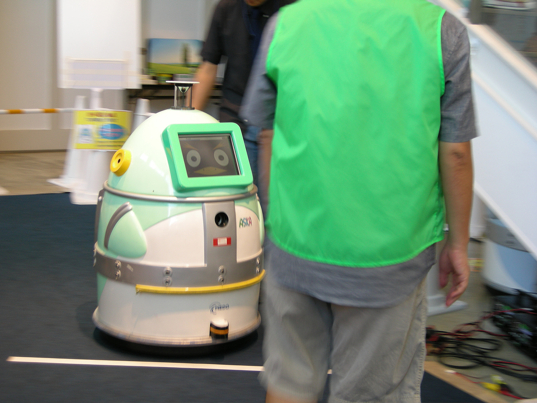 For instance, walking with a tag robot “ASKA” provides you an experience of ASKA’s flexible and impromptu manner and the accuracy of its visual recognition. The development of ASKA is further expected in the future, as a porter robot carrying heavy bags at places like an airport. Also, this “Robot Takarajima” became a perfect place for the presentation of industrial companies or Universities, which had had only a few places to show their robot research and development to the public until now. 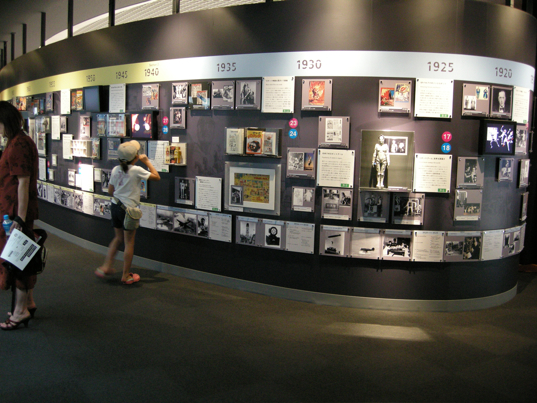 The second floor of “Robothink” is the permanent installation of robots’ history “Robot Chronicle”. It shows everything from robots’ origin, which is the “history of creation and imagination”, to their utilization today. By watching this exhibition, you’ll find that robots are internationally projected as an image of the enemy which might overpower human beings. This is contrasted by Japan which has a strong image of a hero or a knight in shining armor. Examples include “Astro Boy” and “Gigantor”. The exhibition shows the perception gaps between generations or nations throughout the process of robots’ evolution. 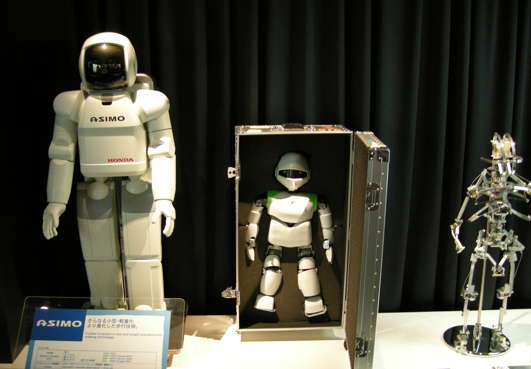 As for the rest, there is also an attached place called “Robot Academy”, a workshop where you can actually think, make and understand the robot. Nobody has been able to clearly answer the question “what is a robot?”. It was difficult to imagine how we should have contact robots in our daily life. But at least, I felt that we are going to come close to robots little by little in the future, after actually playing with them and having a special attachment for them at this Robot Museum. If you imagine the robots’ future evolution at this museum which assumes robots as a symbol of a dream, hope and the future, you might be able to see the future in a bright and positive way even if it’s uneasy on the environmental issues or the low birthrate problem and so on.