“Actors play a huge role in my work. I’ve been thinking a lot about Gloria Swanson”. 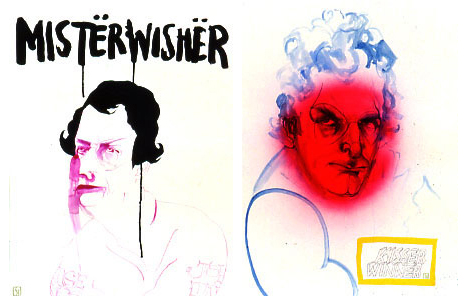 Storm Tharp is a painter and sculptor living in Portland, Oregon. He enjoys distant, unfettered landscapes – and the sound of piano. He is 37 years old and his favorite color is hot pink.

I was raised in Ontario, Oregon. It’s a small, agricultural town on the Snake River border between Idaho and Oregon. Adolescent and teenage years were typically difficult – however the region is one of the most beautiful that I have ever encountered. So I frequently return.

I went to college at Cornell University in Ithaca, New York where I studied fine art. I chose an academic program over a traditional art school – because I needed to learn more about reading and writing in addition to instincts I had about painting and sculpture.

My intention was to move to New York, but in 1992 – the Northwest had so much going on culturally, I decided to move back. Portland seemed like a new place again. I think it was the most important decision I have made.

It’s been 15 years in Portland. I have worked consistently on my artwork and have made good friends and remain inspired. I have been represented by Jane Beebe and PDX Contemporary Art for 10 years and I paid off my college education working in advertising.

Could you tell us your recent activities or projects?

My recent work came out of an exhibition in January of 2007 called “We Appeal to Heaven.” The show was comprised of 8 large portraits on paper. I am working on a new series of drawings called “Silent Movie” which should inform a solo exhibit at Galerie Bertrand et Gruner in Geneva Switzerland – tentatively planned for November 2008. 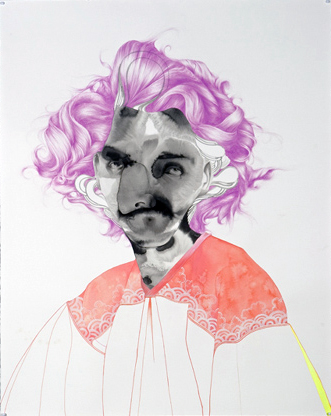 What do you think of the current design/art situation in the city?

It’s intense. The cultural demographic of the city has changed so much in the past 5 years. At times I have really hated it – but I realized I was just being sour and old fashioned. It required a new mind set that I wasn’t really keen on – but in turn I have found the new vitality of our town to be kind of exciting. . . And the opportunity to live as an artist in this town has remained possible. It’s worrisome because what I liked about this place is changing and I don’t want to see it evaporate into something transparently cosmopolitan. If it becomes an art capital, I might have to move back to the Snake River. We’ll see.

The design community is really strong. We are building some interesting buildings and making some good products. And the graphic arts are thriving. Exciting work is being done with small presses and independent publishing. Designers can fluctuate between big advertising initiatives and more grass roots endeavors. Portland is very open in this regard, and the on-going facelift creates the gambit for design opportunities.

Portland has an obvious, independent spirit. Its evident in the way people eat, what they read and how they get around town. For all the new development going on, there is the counter culture that challenges the reasoning. I love it. 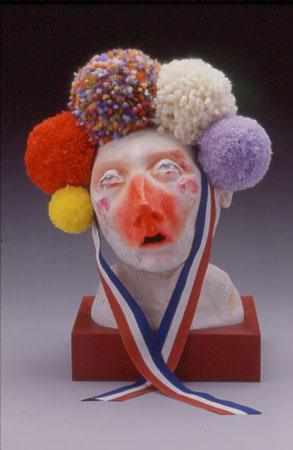 What are good ways for people to find out about the local designers here?

Oh Jeez. I think you should just came here, you would discover it for yourself.

But if I were to name some names, I would start with the on-line, arts magazine called PORT. I read it daily and it serves the overall creative community. It’s comprehensive, collaborative, and controversial. You can’t agree with it all. But who would want to? I would also suggest that you pick up a local newspaper called The Mercury – to get all of the rock club listings, but also to take in the art reviews penned by John Motley and Chas Bowie. I recommend getting on the interweb and finding out what is happening at a few non-profits in town. Namely, the Portland Institute for Contemporary Art (PICA), The Portland Art Center and Blue Sky Gallery. Local academic institutions, like Reed College, Marylhurst University, and PSU work diligently to program contemporary ideas. 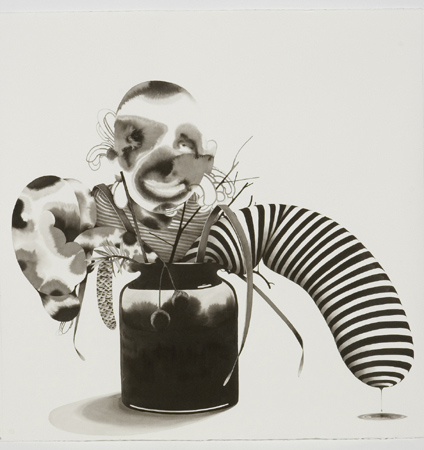 Established art galleries like Pulliam Deffenbaugh, PDX Contemporary Art and The Elizabeth Leach Gallery have all relocated in the past years, reflecting the growing arts community. Better, bigger spaces – for better, bigger works.

In Old Town and across the river, exciting, emerging galleries have consistently shown progressive work. In particular, Motel, Small A and New American Art Union (NAAU).

I am also a huge fan of The Half and Half and Valentines. Both representing a lot that is good about this town, providing space for creative people to hang out and show their ideas. 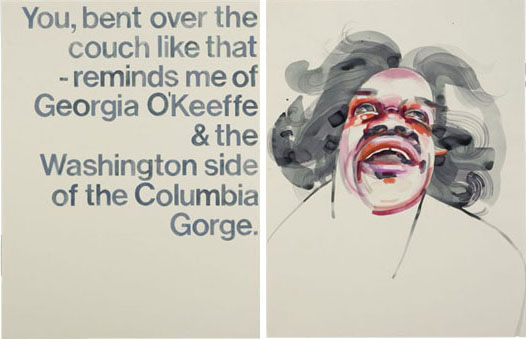 Do you have designers/artists/books/and any other things or people? you’ve been influenced by?

This is almost impossible to answer. Influence is a huge part of why I make things. I’m infatuated with so much stuff its hard to narrow it down. Contemporary Art makes me nervous so for influence I look at a lot of older work.
That is not to say my work expresses the influence – but rather it may express a quality or a style. I love Sargeant. I love Degas and Bernini. Natori Shunsen has been a significant influence over the past few years. I like writers and musicians – designers and photographers. Actors play a huge roll in my work. I’ve been thinking a lot about Gloria Swanson.

Please leave a message for our readers.