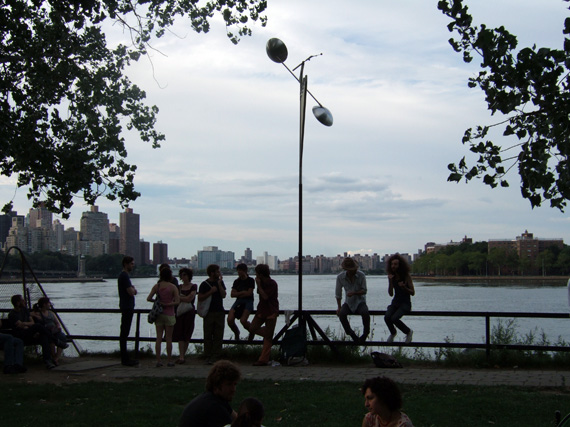 Until 1986 Socrates Sculpture Park was an abandoned strip of land in Queens that was used mainly for dumping illegal waste. The area surrounding the park is urban wasteland with mostly anonymous looking industrial buildings, auto workshops with the occasional apartment building. In 1986 a group of artists and local people from the community miraculously transformed the dump it into an exhibition venue for artists and as a park for local residents. Today it is exactly that and regularly hosts free outdoor events as well as having sculptures that are always on display . 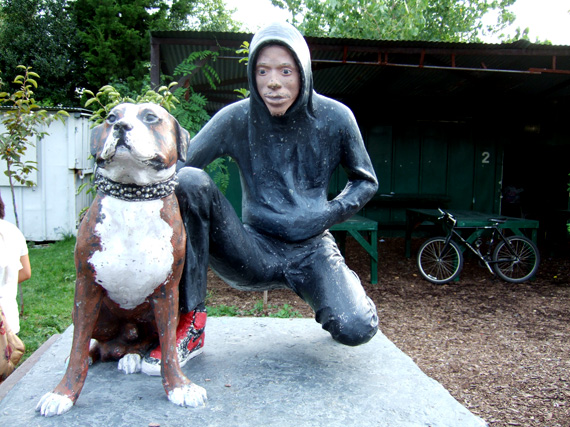 My visit to the park coincided with the final weekend of an exhibition called ‘Float’. First launched in 2003 Float was originally organized because of the park’s unique location on the waterfront. The theme for the event was ‘nostalgia for a future past’. 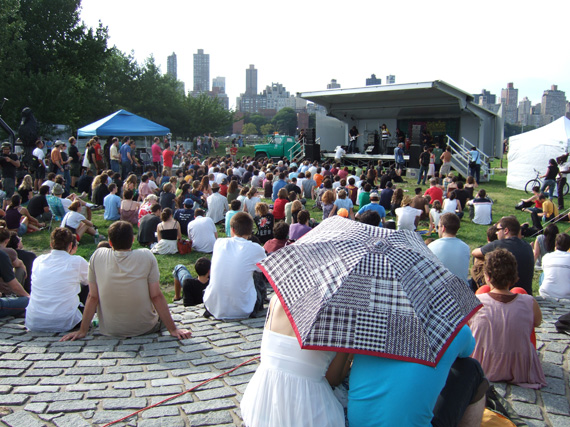 “This vision of the future receding into the past expresses the ephemeral and time-based qualities of the works in the exhibition.” As well as the permanent sculptures on show, this event featured a range of media, including live music, performance art, digital media as well as additional sculptures. The work on show was varied and interesting, often leaving a lot to interpretation. I can’t say for sure what it all meant, creative expression can definitely be elusive at times! 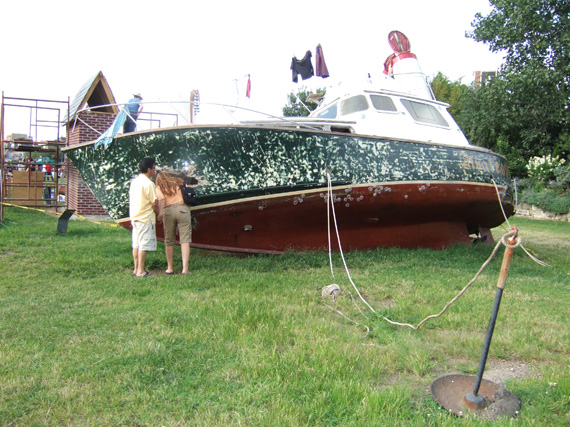 Needless to say the day I went the sun was shining, people were out enjoying the event and soaking up the park’s easygoing energy. It’s quite a unique place and proudly boasts as being the only site in the New York Metropolitan area dedicated to providing artists with opportunities to create and exhibit large-scale work. On top of that it’s open all year round to the public for free.

The Park’s existence proves that recycling a strip of derelict land in New York can be achieved for greater good, promoting art and a creative place to see it at the same time.