The 12th edition of the international exhibition, Documenta12 was held in Kassel , Germany. It was under the direction of Roger-Martin Buergel, and his wife, Ruth Noack. 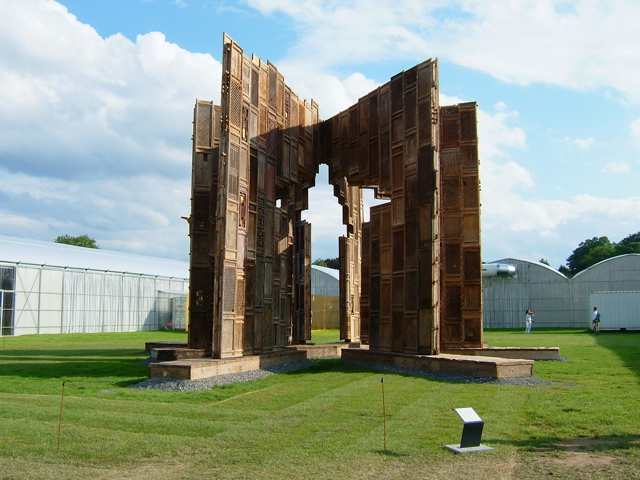 They have 3 motifs “the three questions for art and audience”, and chose 500 pieces from the 14th century to today. Over 100 artists were selected. It’s a different endeavor and approach!

These are the motifs:
Ist die Moderne unsere Antike?（Is today a relic of the past?）
Was ist das blosse Leben?（What is a plain life?）
Was tun?（What do you do?）

Let me introduce the selected artists and works which you definitely can’t miss.
They don’t have the famous artists that led “art history”, but more than half of the exhibitions are made before 2000. Also they invited many artists from East Europe, Middle East, Africa and Asia especially China. They made us re-understand the history which we used to think that “Western Europe= Americanized”.

Personally Ai Weiwei had the most impressive work. The huge work in courtyard which is located in the center of the exhibition. ( Unfortunately it was broken by heavy rain around 6/20, there is no report as to when they will replace it so far.) 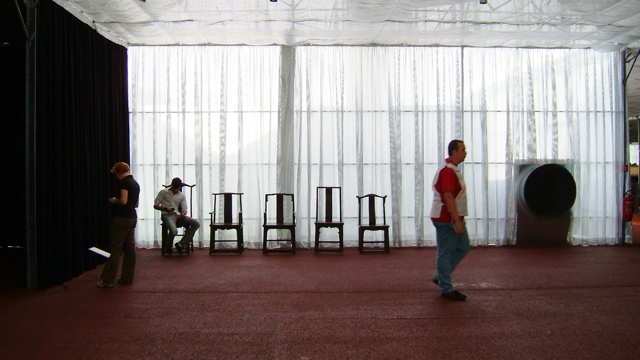 We will find the chairs which are very popular in china, they are everywhere in the hall. They had a project in which 1001 local Chinese people are invited to the exhibition with 1001 chairs. They have different social classes, and most of them speak only Chinese. It’s a very interesting idea that the local people will come all the way to a small city in Germany. Then they will encounter many things which they never knew. This prank below could be the one of the results of this unusual project, or intention of Ai Weiwei. 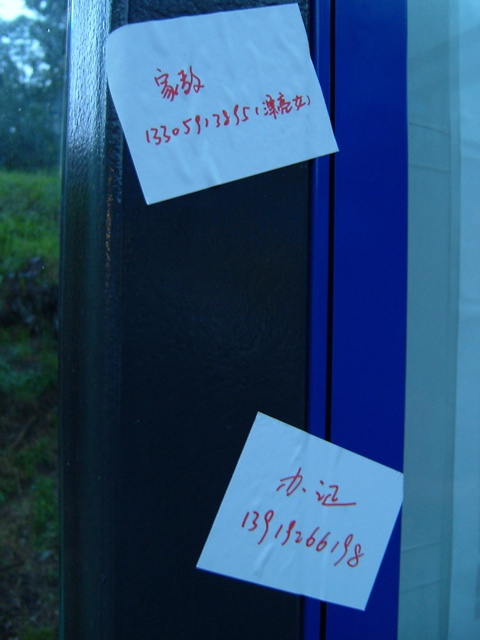 This picture was taken at the train station in Wilhelmshehe.
I asked my friend who understands Chinese what they mean, she told me:
Left below: Get counterfeit certifications
Right above: Tutor (beautiful and elegant woman)
By the way, these numbers are probably available only in China.

By looking at Ai Weiwei’s blog. We can see the pictures of the people who were invited.

Well, this is a good start to have a look at other works.