This original exhibition took place in FABRICA Features Lisboa. For those who no nothing about FABRICA Features I’ll try shortly describe it. FABRICA Features is a network of cultural and commercial spaces open in various cities like Lisbon, Paris, Istanbul, Hong Kong, Bologna, etc where one-person shows, exhibits of local artists, concerts, video projections, live performances, workshops and lectures become key opportunities for gathering together. Within FABRICA Features there is also room for different cultural “products” cds, books, videos, international art and design magazines and design objects created by FABRICA or selected across the world. 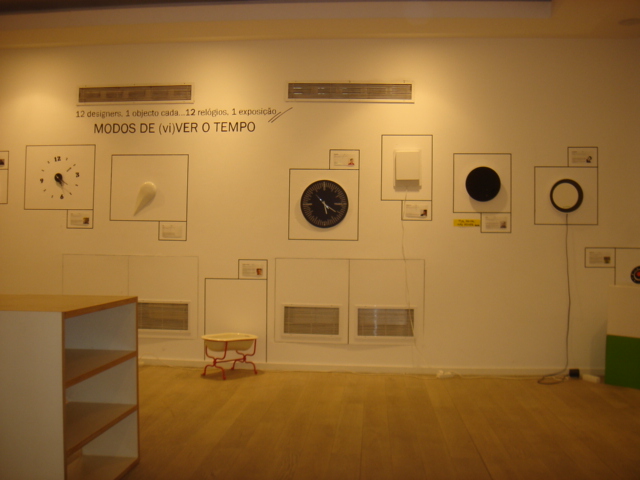 The goal of “12:12” exhibition was show to the public the work of twelve Portuguese designers that came up and materialized some ideas under the same theme “the notion of time. As a result, 12 objects had been brought up and showed up, at FABRICA Features Lisboa, with the support of FABRICA itself, as well from Fine Arts Lisbon University and The Portuguese Designers Association. 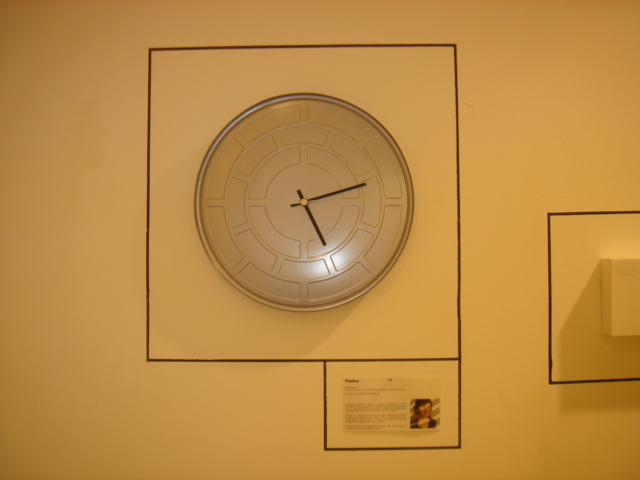 First object was by Rita Botelho called “Playtime”. As she notices today the clock is an indispencable object. It rules our course in a globalised, frantic world, where time is always running out. It was this world, populated by unconsciously robotized people that Jacques Tati perceived and criticized in 1967, in its film “Playtime”.

Rita’s clock is a wall clock made from silver and golden 16mm film tins, setting our life rhythm, making us all potential Jacques Tati’s film characters. This clock stands out for not using any kind of glues or screws, allowing to be easily assembled/disassembled and who knows, re-used! 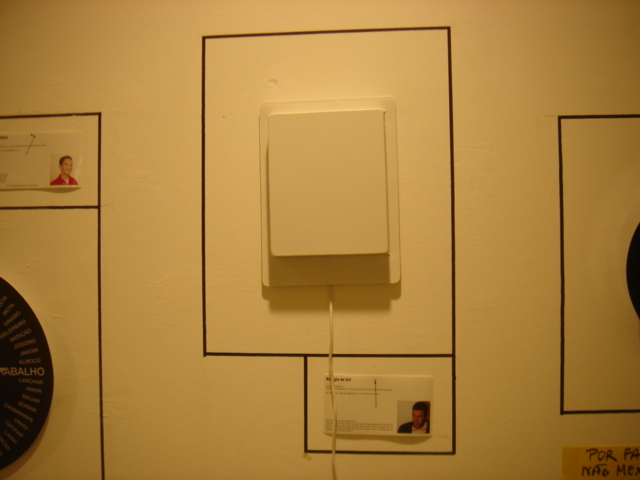 The clock by Goncalo Pimenta is a tribute to the secular sun clock. The shade circulates in a movement that is no more representative of the rotation of the earth, but of the daily cycle of each person. It travels to the speed of an “real time” opposite to the one that is gave by the archaic clock in which the movement of the shade is very subtle to the naked eye and you can hardly see it.