November comes with a very tight agenda. The Festival of independent music Wintercase San Miguel comes to celebrate its fifth year non.stop introducing the winter season with the best selection of independent music to the mayor cities in Spain. So if you are not so lucky to live in Barcelona, you can also follow the festival in Madrid, Valencia and Bilbao. Resume: 5 concerts, 4 cities and 11 bands. 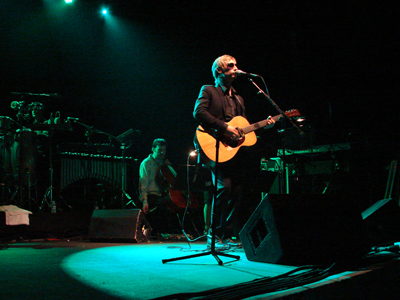 But Wintercase already started. And it did with a solid step, with the presentation tour around the 4 cities presenting The Divine Comedie + Boyfriends. The first concert was important to imagine the upcomming emotions in this year’s Festival, and the band lead by Neil Hannon made the audience dream with a brilliant concert.

The band was presenting for the second time in town this year their new album: Victory for the upcomming muse. The Divine Comedie played at Razzmatazz songs from their long carrer. Starting with Mother dear (2006), Bad Ambassador and Mastermind (Regeneration, 2001), Generation Sex, Sunrise (Fin de Siecle, 1998) and Something for the Weekend (Casanova, 2006).

The Divine Comedie showed once again its elegance, romantic irony and intelingent lyrics. They are gentleman who captivate the audience with their sympathy and grace. I may say that after all these years it looks as if Hannon has a solid band, with an incredible section of strings that’s makes the live shows sound unique. 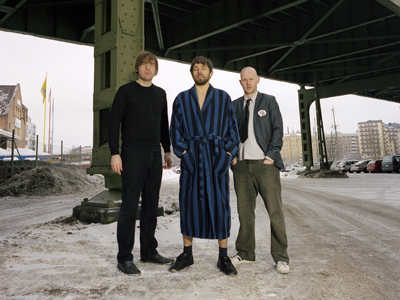 So we can say that the Wintercase started already on the top, but the selection of artist participants this year is remarcable: Violent Femmes, Arab Strap, Ed Harcourt, The Magic Numbers, Maxino Park, The Veils, The Spinto Band, Peter Bjorn & John, Surfin’ Bichos, Brakes, GoodBooks… 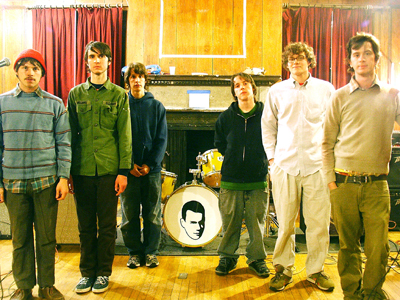 The Festival counts with a magnific website: wintercase.com, where you can find all about the dates, bands bios, news, tickets sales, contacts and reviews of early year’s editions.

So, for all the music lovers in Barcelona, the Wintercase is a set date in our agendas. We will all meet there to be once again carried away by the sounds of the good music.