How had everyone spent the build-up to these 2 days? Some were moved from joy to sorrow (or vice-versa) by the announcement of the artist list, some were busy getting prepared for camping. People from all over Japan with various feelings or expectations got together at the venue of Rising Sun Rock Festival (RSR).

The participants have continued increasing year by year since the first event in 1999, and the eighth RSR festival this year counted a total of 60,000 visitors in 2 days. The venue, which has 7 stages, “Sun Stage”, “Earth Tent”, “Red Star Field”, “Moon Circus”, “Green Oasis”, “Black Hall” and “Bohemian Garden” in north, south, east and west, was a nice space filled with music and delicious food in a natural setting. 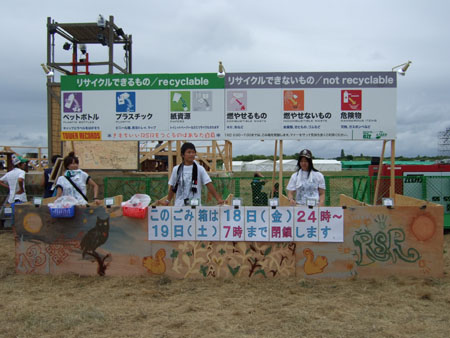 First, garbage bags were distributed at the entrance, which were made from pet bottles collected at last year’s RSR. There were recycling boxes everywhere at the venue. This festival has strengthened the 13 segregation of garbage since last year, under the cooperation of volunteers. 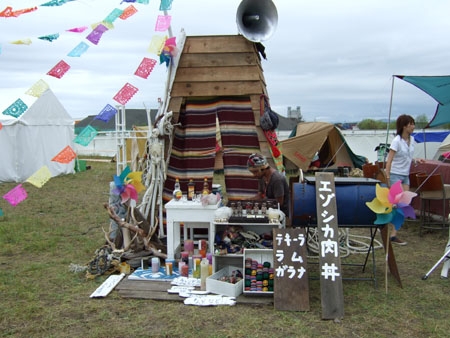 On Friday 18th. It had not rained despite everyone’s anxiety. But they sky looked threatening. We arrived around 13:00 at the venue. People had already overflowed from the entrance though there was still time before the start. Waiting for the start at 15:00, people freely spent their time. We headed to food booths, and tried to find out each shop or event in the venue. Soon it closed in on 15:00. 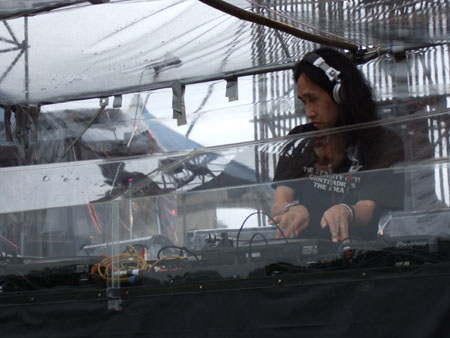 A play by Kenji Takimi started at “Moon Circus”. Although a little rain also started, people seemed to enjoy dancing. We left “Moon Circus” after enjoying some sounds there, and heard cheers everywhere in the venue. I had the feeling that RSR had started. 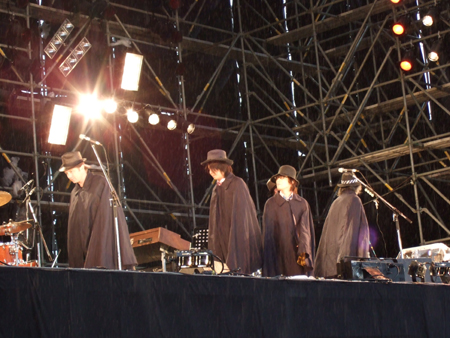 Next is QURULI at “Sun Stage”. They presented all famous songs such as “TOKYO”, “Wandervogel” and “Flower of Rose” from their best album. All the members appeared on the stage with black mantles and hats, and made the audience excited. The rain got harder and harder, however, people gathered to enjoy the comfortable sounds. 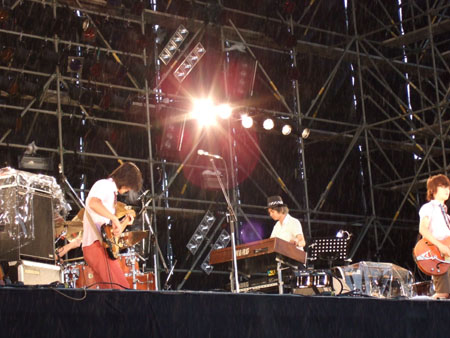 We visited “Black Hall”, a comedy tent which appeared since last year, with a theme of “extraordinary space combining music and art with comedy”. This was only a circuler tent which was shut off from outside. The performers were Comedy Club King with Enlightenment, Elekicomic, KATHY with Mooog Yamamoto, Uchu-Record, and more. Not only music, but also they presented visuals, arts, comedy shows and performances. The admission for Elekicomic performance was even restricted.

Then at “Sun Stage”, a crowd already excited by the Zazen Boys got even more heated with a secret guest, Ringo Shina. The crowd gave a roar when she appeared. Their 2 songs passed by like a flash. 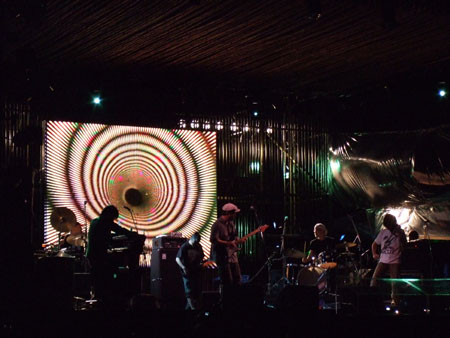 We moved back to “Moon Circus”. Rovo was on the stage. Here was a more adult-like atmosphere with relaxed people listening to sounds rather than dancing. It was simply cool. This section showed its real ability at night, with brilliant visuals and lights and fantastic music.

Visitors were freely coming and going each stage, and sometimes the artists enjoyed as an audience. This is a festival that only Hokkaido can make, I think. On the way moving, we could hear cheerful voices of assistants at amusement spaces, goods shops and food booths lined up. 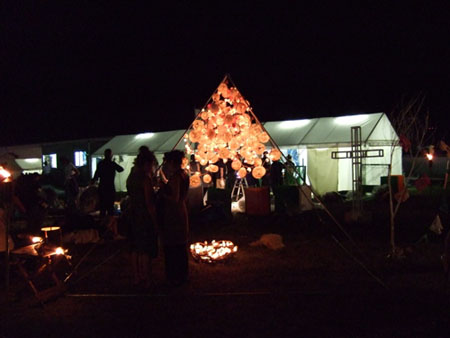 The booths organized by Sapporo based PROVO were placed by the “Sun Stage”, and the DJ and VJ were running on the interval between each concert. Green curry provided by PROVO also surged in popularity. Other Hokkaido based artists made unique spaces; such as an lighting object by Mirai Kobo and a makeup booth by Miwa Yokoyama. There was also a guerrilla tap performance on the cars, and YOGA meeting early in the morning.

One of the artists who finished the first day with unique sound was Buffalo Daughter. They showed songs from the latest album “euphorica” at “Red Star Field” stage.