German techno scene is reaching a fever pitch these days. Although this August in Germany was being rainy and cold, there are open-air parties almost every week, starting with “Love Family Park 2006” organized by “Cocoon” based in frankfurt.
I went to an event of “Pollerwiesen” based in Cologne. 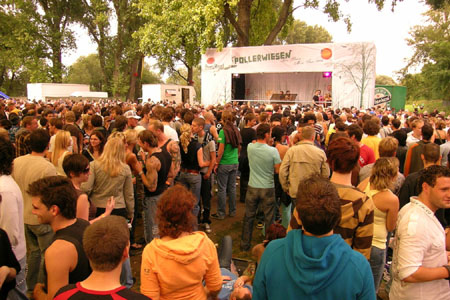 The venue was “Jugendpark” across the river from Cologne Cathedral. This place is very convenient in transit, and is often used for open-air events in Cologne. Both sides of the place are surrounded by a river, and it is like an oasis in the city. 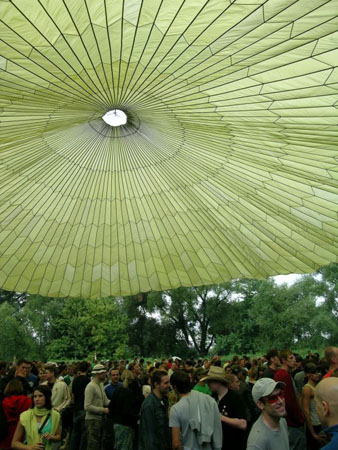 The weather was bad from the morning, and I checked the website worrying if the event can be held, then fond the information that they were setting a makeshift roof hanging with crane. I arrived the venue around 12:00, and there was already a 30-minute waiting line. I entered paying the admission fee of 8 euros, and suddenly the makeshift roof caught my eyes. Watching it carefully, I found that just a gigantic roof was simply hanged from the crane. It was a thrilling scene with strong winds. 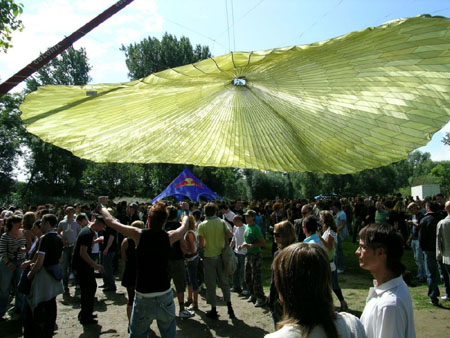 The event started with Magda. During the 5-hour play, there was a happening that the sound stopped by rain, which brought more excitement to the venue. 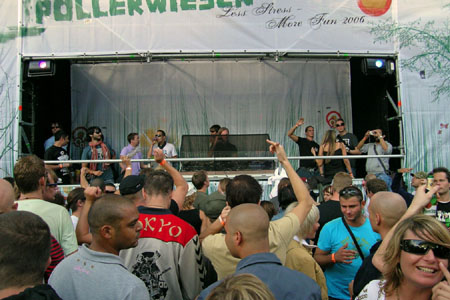 Around 17:00, back to back between Richie Hawtin and Ricardo Villalobos started. They play music in alternate shift. The venue reached its peak with happy atmosphere being up to my expectations. Many times we could see Ricardo kissing Richie’s head too. 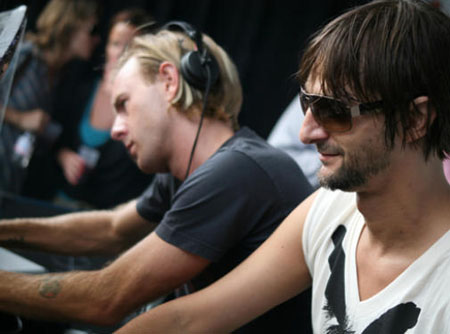 At 19:00, however, cloud burst came. It was the brief rain we recently have a lot in Germany. The makeshift tent got mass density with people, but they were all smiling and dancing. The rain eventually got into the tent too, and people were all wet, but the muddy venue showed more excitement after cleared up. The cold summer of Germany is still far from over…