To get a good start for Saturday, we will start with one of the most astonishing groups of independent music of New Zealand, Fat Freddy’s Drop. More than 9 musicians on stage, they made the public dance with their daring mix of roots, soul, jazz, dub…very entertaining and cheerful. 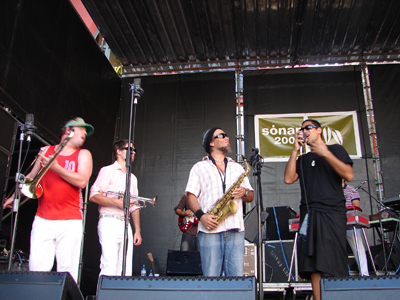 Later, in SonarHall, Capsule presented as one of their groups the Modified Toy Orchestra, who acted out a show with many gadgets, toys making noise and some visuals that went along very well with the music. A real surprise. 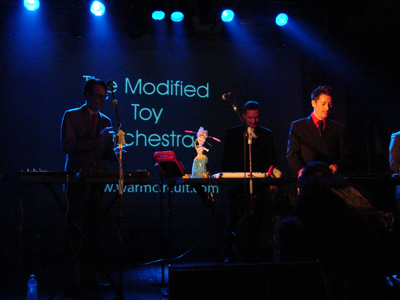 On the same Hall stage, one could see Seeland, the new band of the ex-guitarrist of Broadcast, Tim Felton, with an experimental concert that broke with the patterns of traditional pop-music. 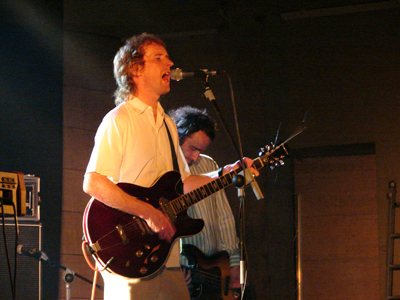 But one of the most interesting concerts of this Saturday that attracted a big number of people was without a doubt the live act inside the Museum of Contemporary Art by the Finns Kimmo Pohjonen and Samuli Kosminen, who played a concert in which the athmosphere was growing with the melodies of an accordeon, voices, electronic arrangements, surround effects and the light show that really captured the audience. 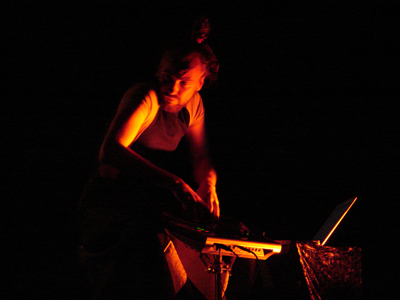 Before the night fell, the day acts of Sonar went on for a few hours more with groups like SCHNEIDER from Germany, who describe their music as a mix of indie-rock and ragga. A mix of sounds that goes from guitars with beat sounds to pop with glitch.