“There is a scene in Woody Allen’s Stardust Memories where he is complaining about everything bad in the world: evil, destruction, cancer, war. Suddenly some aliens come from a spaceship and Woody asks them to tell him what to do with the world situation. So they say: make better jokes”. 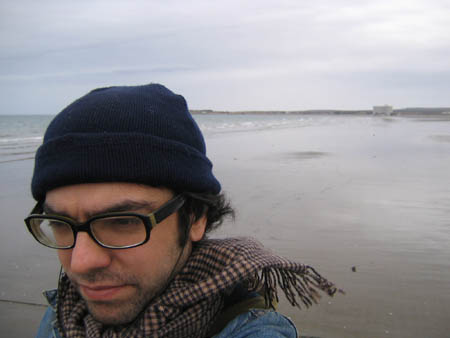 Ricardo Liniers Siri is the creator of a magic world of unique characters that we visit every morning when we open La Nacion newspaper. These are the same characters we used to see at Pagina 12 newspaper. Although now they are showing a different aspect, a more subtle and naif side. He has edited a children’s book and he is preparing a book of sketches and another comic book. Also, he was invited to Barcelona, Spain where he will show his original drawings and edit his “Macanudo” (that is the comic title). 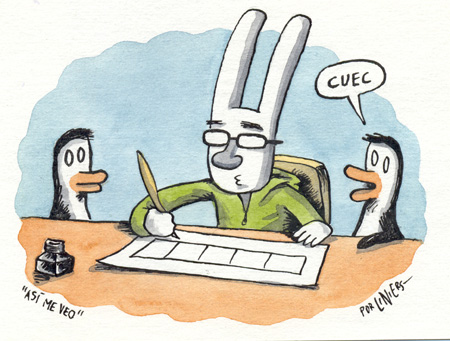 “I started drawing as a little kid, like everybody does”, he says. “My parents just gave me a pencil and said, come on Ricardito, draw something. I became obsessed and had so much fun doing it. Kids think I am a superhero because I can draw. What usually happens to kids is they prefer other things so they abandon their drawing. It didn’t happen to me, I just kept doing it. Maybe it is because I am immature”.

He keeps going: “I think childhood is fantastic because you are watching the world for the first time, you are discovering things. Everything looks impressive, everything is possible. You believe in Santa Claus, you are innocent and open, you don’t know cinicism. When I was a kid and it was time for bed, while I was looking at the ceiling and my father was closing the door, everything became black and I thought there was no ceiling anymore. So, for me, the ceiling disappeared every night”.

When we read his books, we know he is holding on to it. We believe in his magic world because he is talking to our inner child. Suddenly, we are back home, and we just want to keep playing.

“I really like sketches. I think when you draw a comic the sketch spirit is somewhat lost. When you don’t have the pressure to be funny and you just can do what you want, then it is intuitively nice. I like to see comics when they are just an idea, I love watching at the idea while it is being thought”, Liniers says.

We have a fetish relationship with his comics. It is like a deep need, the powerful need to keep them as a gift and pass them to somebody else, because it all makes sense when we share them. And when we can’t wait to go to bed and read them, of course.