On the 24th, in preparation for the final match of the tournament for Germany at 5:00pm, people began gathering about 3 hours before. There were many people, but predominantly those wearing the German colours, black, red, and yellow. 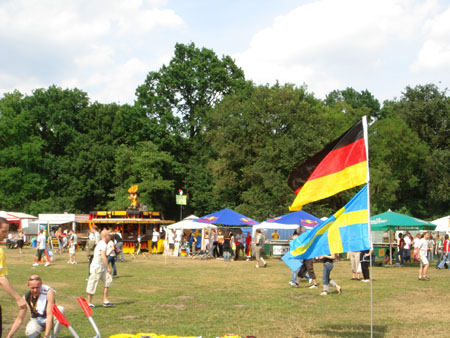 It proceeded to 4:00pm and the venue was crowded. There was a Lego soccer game animation broadcast on the screens. The excitement increased and everyone yelled when the Lego doll scored the deciding goal. Then the game started. They sang the German national anthem in unison and the kick off signal was given, the excitement in the venue increased even more. 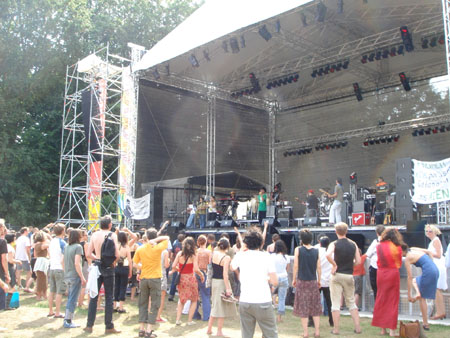 The following day at 3:00pm there was the Mexican band, Los de Abajo. When they were watching soccer, everyone gathered in front of the screens, but it was different for the live performances.

Los de Abajo has seemingly chaotic music with Salsa, Ska, and Funk music mixed together. Everyone gathered in front, dancing freely. There was a small break area where there were some people laying down and others just having a good time. That peaceful atmosphere contrasted with the day before. 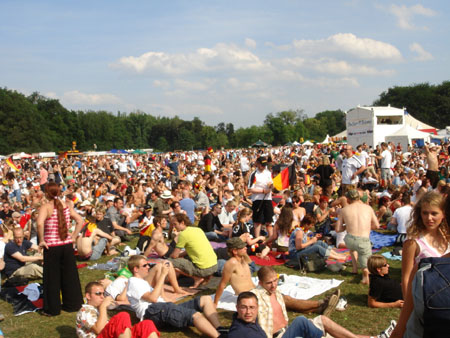 There were people having picnics with their children, seeming like a family atmosphere. Springy music reverberated until 5:00pm when the England vs. Equador batle started, spectators walked with a serious gait towards the screens.

Music can exceed borders and country names are called repeatedly at the World Cup. These two things can probably create harmony in the green surroundings of the popKick.06 venue.