Together with the World Cup, “PopKick.06” will be held in Berlin from June 9th to July 9th. There will be public viewings where you can watch the game on two enormous screens. This event in the large Treptower Park is not just for watching soccer, but enjoying live performances, food, and relaxing in the green surroundings of early summer days like we used to. 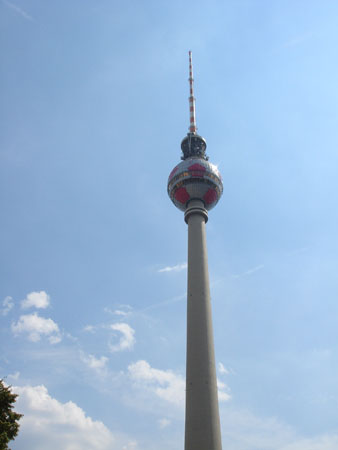 For the first time in thirty-two years Germany will become the stage for the World Cup. Thirteen years after the completion of the Berlin Wall, it opened fifteen years ago, at that time West Germany was opened. East Berlin’s symbol is the TV Tower, which now has a soccer ball motif towering high in the sky above Berlin. 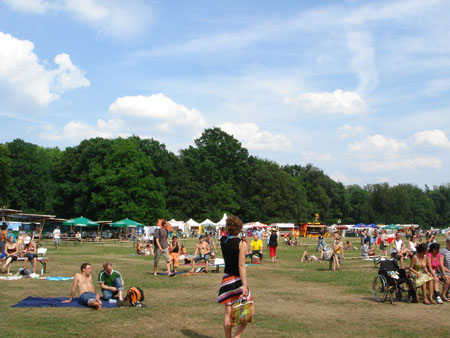 With many artists and youngsters living there, the area of Kreuzberg and Friedrichshein bordering Treptower Park is lively. Spree River flows through East and West Berlin, at Treptower there are Paddle Bikes you can ride. Now at the East Side Gallery, the artists’ pictures portray the Berlin Wall side streets, in a way preserving them. Following the canal there are cafes set up on its sides, proceeding for about twenty minutes you will see many trees. The popKick.06 venue is in between the park and the entrance. 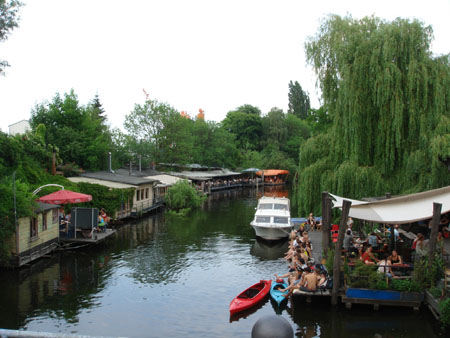 This part of the park is 20 000 square meters wide. Taking the first break from the entrance you will find the place where the stage and screens are set up. When Germany plays, there will be German musicians; on those days where there are games, there will be musicians from those countries, that’s the plan for the live performances.

At the edge of the venue Mexican, Asian, and German street stalls are set up as well as massage rooms. There are groups of people playing small soccer games, people from a rock climbing service with a practice rock, people playing frisbee, reading books, and playing under the sun. There are many games and live performances with which to pass the time.