On June 9th, the first day of 2006 FIFA World Cup in Germany, “60 Football Visions” by 60 groups of creators started at KDDI DESIGNING STUDIO in Harajuku, Tokyo. At the reception on the preceding day of June 8th, the venue was crowded with approximately 800 people. 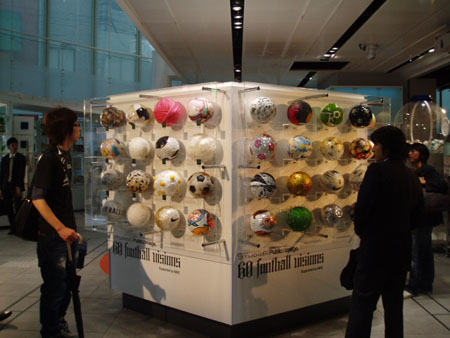 This exhibit was evolved from “Football Visions” project at “Football Liberated” section in a free graphic magazine Public/image.magazine VOL.3. Participants are creators in a various media such as designers, artists, illustrators, stylists and photographers. 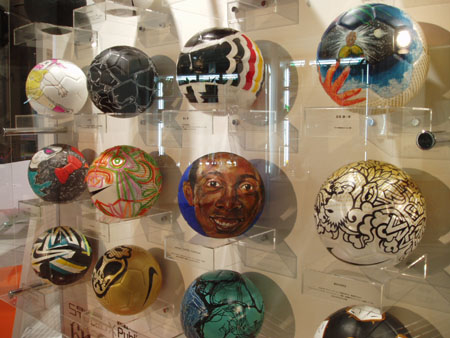 The works are exhibited at the 1st floor of KDDI DESIGNING STUDIO and catch your eye before you enter the venue because these can be seen from outside. 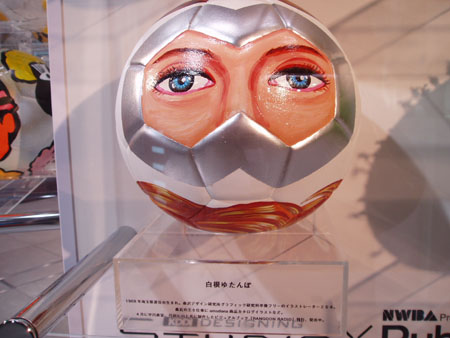 A director of Public/image., Kenjiro Harigai from Adapter says, “It was just an idea to customize football as one of the magazine projects, but the idea went bigger in the progress. Good offers came in good timing (NIKE providing balls, and KDDI DESIGNING STUDIO collaborating with us), and then we could make it to do the “60 Football Visions”. It was a great opportunity to make plans one by one, exchanging opinions with makers like KDDI and NIKE, which are in different position from us.”