I looked in the first room again after watching the macabre film. I was amazed how different an impression the first room had. The suffered face of the victim played across my mind whenever I saw the red paint scattered around. I seemed to have played into the hands of the artist. 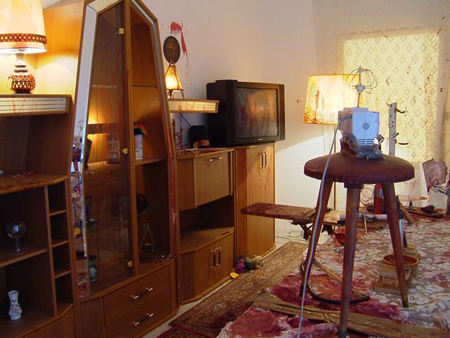 The art objects in the exhibition seemed to be the devices shown in the drama.
He usually makes this type of art, but it was his first time using them in a film drama. Normally he uses such device-like art in a psychological performance called “Lecture”. He filmed his performance, and showed it with the installation. 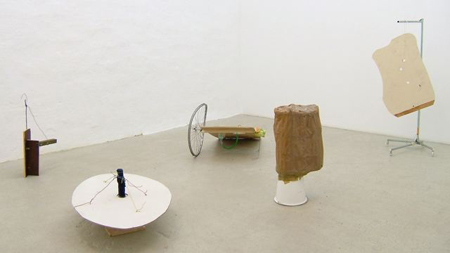 I was glad to have an opportunity to face one artist stepping into the next stage, besides talking about likes and dislikes or aesthetic judgment.