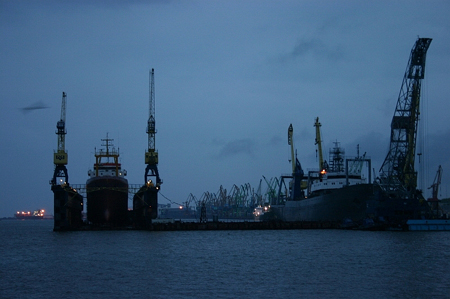 This time audiovisual event GO GAGA organizers – Partyzanai DJs and RUT RUT collective – had opportunity to held their event as offiacial part of German culture days in Klaipeda, a port of Lithuania.

It took place in one of ships repair hangars. Amazing place indeed. With old and new ships, cranes and surounded by water. People can get into this place only by small old bridge which disconnects this place from oldtown. 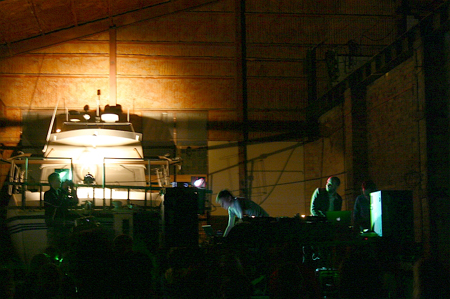 The event had strong musical and visual connection with todays sound and video artists from Germany. Metope (Michael Schwanen) presented his unique music compositions and was mostly waited guest in this GO GAGA. He is quite well know electronic music composer from Cologne (now living in Berlin), which live sets never miss experimental and melancholic sounds with very harmonical wibes. Metope releases his work in Areal and Sender labels which belong to one of best know Germany alternative electronic music labels – Kompakt. His album “Kabol” must hear to all electronic music diggers. 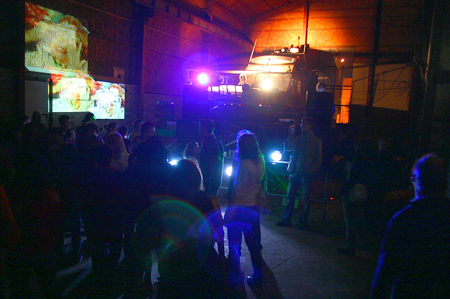 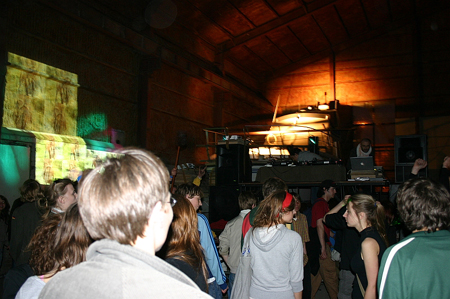 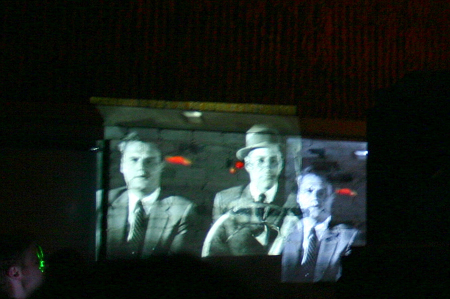 After this event GO GAGA will be back in public only in Autumn, but during summer time GO GAGA dvd is going to be released.