In 1993 the brothers Markus and Daniel Freitag founded FREITAG. Legend has it that they were inspired by the heavy traffic that hummed through Zurich in front of their shared flat, in transit from Hamburg in Germany to Palermo in Italy. They designed a Messenger Bag made of old truck tarpaulins, used cycle inner tubes and car seat belts. 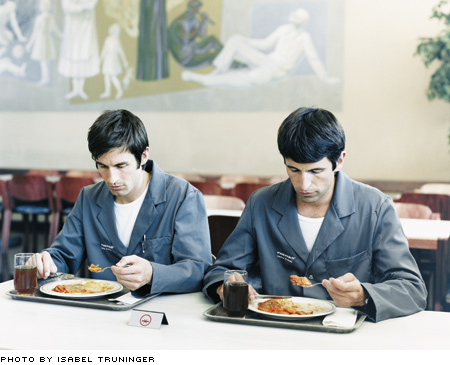 Now, thirteen years later, the brothers are still making FREITAG bags, almost completely “Made in Zurich”. Their FREITAG Factory is located in the middle of the city – in the former Maag industrial estate beside Hardbrucke, within sight of their old flat. In producing 120,000 individual bags per year (they employ 45 staff members, including shop assistants) they use 200 tons of truck tarpaulins, 75,000 bicycle inner tubes and 25’000 car seat belts.

Besides various selected shops selling FREITAG bags, there have been only two FREITAG shops until now, one in Davos and one in Hamburg (The Mirrored Truckstop Shop). 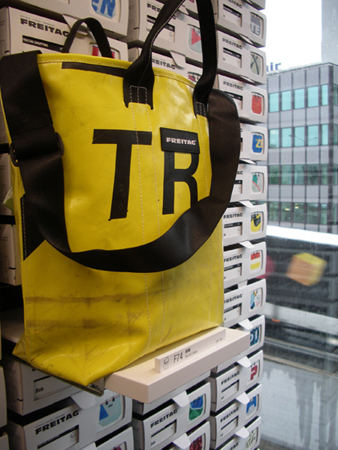 What is missing is a flagship store in their home city, where everything started. In the normal course of events, you would commission a hot architectural practice to compete for the most spectactular retail outlet, as in Prada, Gucci etc. Architecturally all these buildings are all very exciting, but their content is totally interchangeable. They want to make shopping an experience and the shop to consolidate their brand. Only rarely is the synthesis of content and form imperative.