This continuous rainy season from May 20th to June 4th, “FOOTBALL THE PASSION” is being held at Speak For, a gallery in Daikanyama. It is an exhibit on the works of the 60th issue of Big Magazine, a culture magazine from NY, made stops in NY, Paris, Madrid and finally, Tokyo. 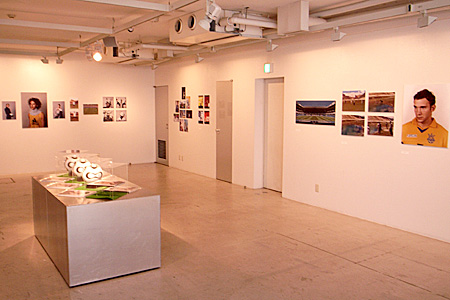 The style of Big Magazine, in which some of the world’s most brilliant art directors work on every issue, even the logo changes every time; is self-indulgent and draws attention as the magazine of the newest visual design at present. The art director for this issue (the World Cup is close at hand) is Kevin Wolahan, who has worked on the CD jackets for Lil’ Kim and Afrika Bambaataa. How will the visuals from the encounter between the increasing craze and art make us excited? 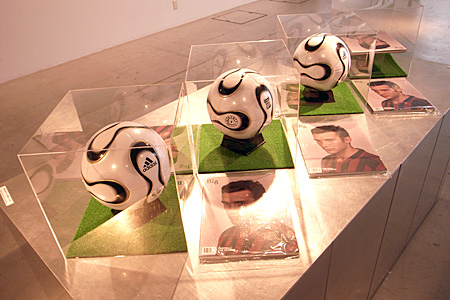 There was the Adidass ball, which will soon make history, in the center, so dazzlingly. To the side, the gallant figure of the Ukrainian hero, Andriy Shevchenko! Next, the various passions around football were fully expressed: fashionable photos, conceptual works of art, and serious messages to the legends such as Pele, George Best and Beckenbauer. 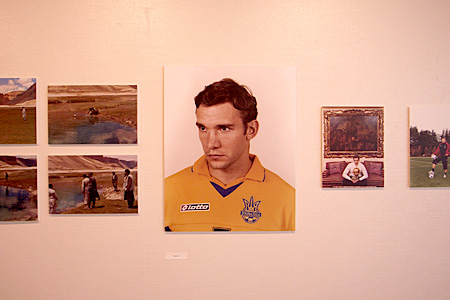 Ordinary and extraordinary scenes, which connect street and gorgeous stardom, cross each other within the huge structure, as entertainment and business, of football. There was power, which attracted the visitors, in overwhelmingly beautiful things in the very photogenic heroism of the great football player Shevchenko and the scene named “beautiful game”, in which one ball floats on an Afghan clear lake, though each motif was different. 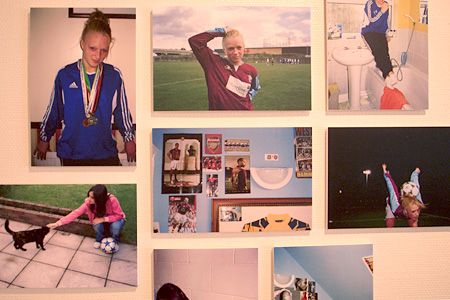 Also, daily scenes of football lovers, such as a relaxed girl in a football shirt and children who hold the trophy high, are evocative like, “I can imagine that!”. Photos of the football park on the roof of Tokyu department store by Masataka Nakano was real, in which I felt the Tokyo passion within the neon and bustle of the city unlike the scene of a Brazilian seaside.

There was “Football is really the lingua franca of earth” at the entrance. If there is a ball and you set a goalmouth and kick off, the game is started. It’s simple and became a culture itself before we knew it. Though only games are put on TV, it shows us that there are various enjoyments around it such as yearning for players, feeling worldwide grooves and so on.