In the year 2000 seven students in Frankfurt, Germany formed Nippon Connection to show their love to Japanese films and culture to a broader audience. This idea has lead to Europeans biggest Japanese Film Festival, with over 16.000 visitors, which took place for the 6th time this year. From the 19th – 23rd of April. Nippon Connection brought Japans most creative filmmakers to Frankfurts screens again. More than 150 films were screened from independent shorts to big budget blockbusters. The majority of films was shown in Europe for the first time. 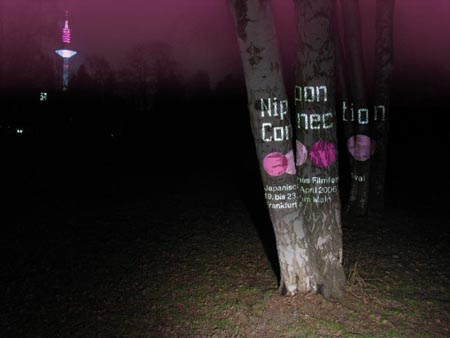 The festival was opened with Takashi Yamazaki’s film “Always – Sunset On Third Street” which was premiering in Europe. Followed by “Negotiator” by Katsuyuki Motohiro. 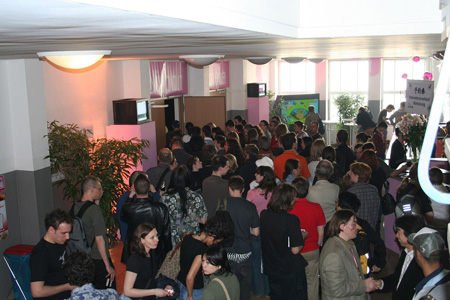 After that the Opening Lounge with the DJs Stephan Holl (Rapid Eye Movies), Jorg Buttgereit and herrjoergritter with visuals by local VJ group eyetrap.net was held. Everybody was celebrating the opening of Nippon Connection and looking forward to the next days full of Japanese cinema and culture! Accompanied by music from rare japanese soundtracks and atmospheric visual effects by eyetrap.net. 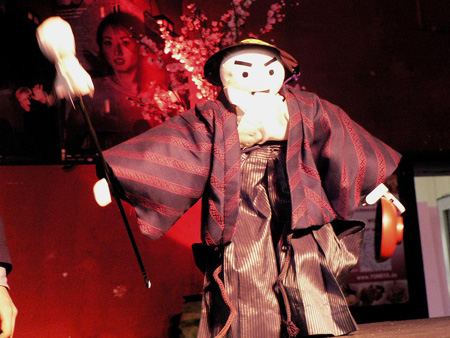 Robots are highly popular in Japan, and are being envisioned for all kinds of roles in society. In the meantime, a giant culture of professional and amateur robot enthusiasts is building humanoid robots that walk, jump, fight and dance. In cooperation with the Fukuoka prefecture Nippon Connection presented two robot constructors, Toshinobu Koga and Soichi Nagasato of Kogatech, who presented three of their astonishing offspring.

After the Roboter Performance Jorg Buttgereit, cult film-maker and author, held a lecture about the Japanese monster film, and introduced the audience to his Japan-Monster-Film guide ‘Japan – Die Monsterinsel’ (publisher: Martin Schmitz Verlag). He was supported by Dr. Marcus Stiglegger (University Mainz), who worked on the book with him. Buttgereit visited film studios in Japan to interview monster players, directors, special effect wizards and fans about their personal relationship to the monsters. His awarded tv production Die Monsterinsel was already shown at the Nippon Connection Film Festival 2003. 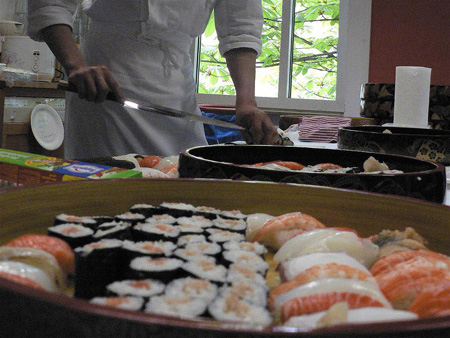 In the evening the basement of the festival center turned into SobaYa Soup Lounge. A place where the visitors could just chill or grab the chance to get to know delicious Japanese foods such as Japanese Soba and Udon-Soups. The Soup Lounge SobaYa joined Nippon Connection already for the 5th time this year – and will be there a 6th time next year supplying the visitors with their yummy food – that’s for sure.

In the evening there was ‘Filmtalks’ on the Nippon Culture schedule. Every year the number of Japanese filmmakers present at Nippon Connection increases, and the festival tries to increase points of contact with the audience. This year about 30 Japanese filmmakers attended Nippon Connection. In the ‘Filmtalks’ various filmmakers were interviewed by other international guests, with the audience asked to participate in the discussion.

Everyone who was looking for relaxation after a long movie at the cinema was able to get a Shiatsu massage with Sonja Wegener until midnight. So one could start totally relaxed into the next exciting day of the festival.