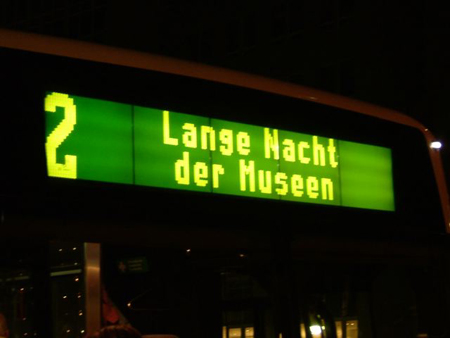 One of the winter highlights in a cultural city Berlin, “Lange Nacht Der Museen (long night of museum)” was held on 28th of January. This is the 19th edition, having been held twice a year since 1997. 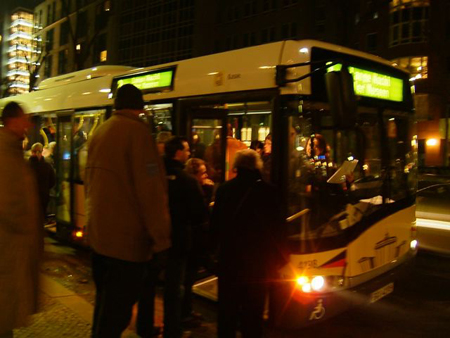 From 18:00 on the day to 2:00 midnight, people could go around about 70 museums and galleries in Berlin as much as they could just with one ticket (general 12EUR, student 8 EUR). Adding to the usual transportations, 7 more buses run along 7 model courses.

I went to the place where I don’t usually go and also I could see the modern art, without the instruction of any courses. 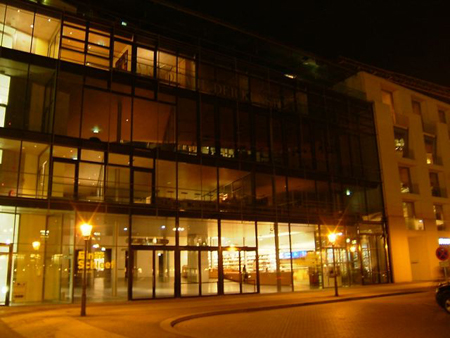 The meeting point was the “Akademie der Kunste” standing in front of Brandenburger Tor, a symbol of unified Germany. The glazed building was completed in recent years, and I wanted to take this opportunity of going inside the building. The lecture meetings were mainly held on the day, and the exhibition was in a 15 square meter room underground, having the materials of theatrical art by a stage director Herbert Wernicke. 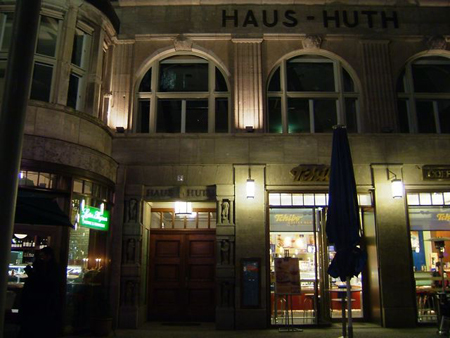 A building having DaimlerChrysler Collection

Leaving the building which didn’t come up to my expectation, we headed next for Potsdamer Platz, a symbol of unified Germany. There is a foor exhibiting DaimlerChrysler’s Contemporary Art Collection in the only building which left around this burnt-out area after the war. 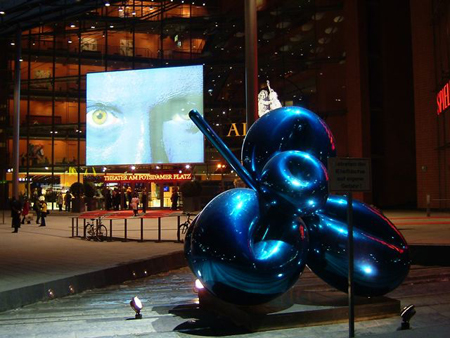 It was impressive that the main exhibits were mostly from American Contemporary Art in 70-90s, and that there was hardly German artists’ work exhibited. When looking at from the 21 century’s point of view, it makes me feel the time surely passed. DaimlerChrysler is also a sponsor of Public Art in Potsdamer Platz in this connection. 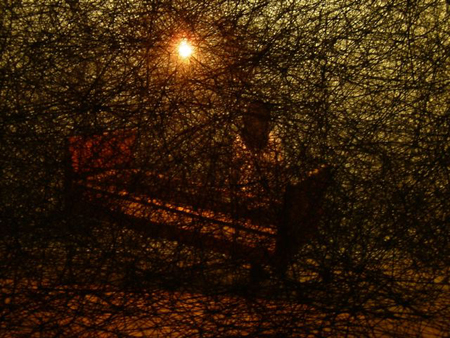 Passing by the side of “Neue Nationalgalerie”, which was closed in spite of this time, we went to Chiharu Shiota Exhibition in Lutzwowplatz. There were three big installations she empasized. She was in performance getting into one of them. In terms of the structure of the building, pillars and beams covered her works as if a frame, and she was standing over the works showing her back and facing over there. From what I hear, she kept doing this without moving an inch for about 4 hours. 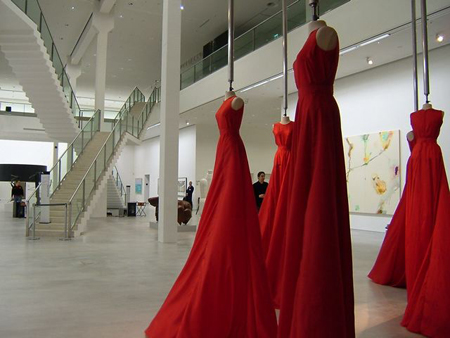 After talking with some friends, we took a bus towards the next destination. Although many people got off the bus, we went in the opposite direction of them. They seemed to go to the Jewish Museum, which is famous for architecture by Daniel Libeskind. Where we went to was “Berlinische Galerie”. We could see the exhibits by teachers in Universitaete der Kuenste (UDK) there.

Lastly, we watched “Transatlantische Impulse”, an exhibition by participants of exchange program between Berlin and LA, at Martin-Gropius-Bau. It might be because of exhaustion for watching unusual ammount of exhibits, but I was amazed this lack of impact. Although it was already around 11:00pm, we had a little bit late dinner at familiar Vietnamese restaurant. We finished the day with pleasant feeling by the surprisingly entertained New Year’s food and decoration after the midnight.