Latin-American design finally found a meeting point and TRImarchiDG has proven it once more. 1 stadium, 3 days, 15 conferences and 4000 assistants made it happen again this year. With popularly acclaimed conferences and workshops this fourth year has become the strongest to date and I was happily there to tell it. 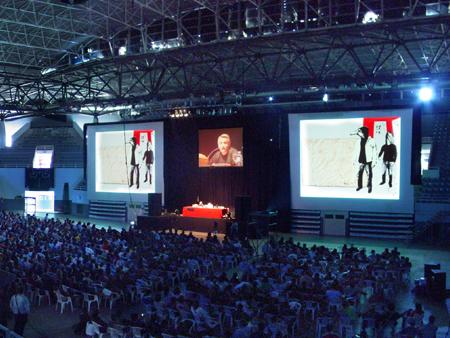 The low price and the heart put in this event became the perfect weapons for a perfect cause: everyone ever interested in design could easily take part of it and make it his own during three days of learning and evergrowing professional means. Just the fact of standing there could tell me lots of great things were about to happen in the next hours. 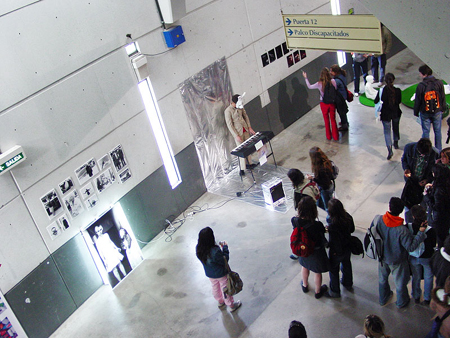 First thing to catch my attention was the geographical diversity of the people there: designers from Paris, Bogota, Berlin, Mexico DF, London, Santiago de Chile, Buenos Aires or even Montreal were sharing their email addresses and giving birth to future collective projects all around; it was crazy and extremely enjoyable how the cultural mix felt almost natural for everyone. 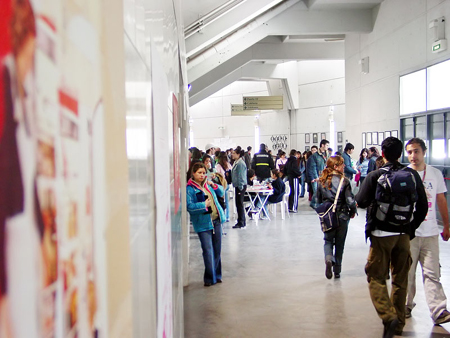 A 1500 feet circular exposition was the mandatory first step in. Its eclectic styles and authors gave it a singular point of view on what’s going on today on the design fields. I saw a lot of works from recognizable designers or even passers-by showcasing their spontaneity on the stadium’s walls giving conference’s concrete surroundings a warmer feeling. The vicinity of a skatepark or huge bombed walls are also a location’s plus. 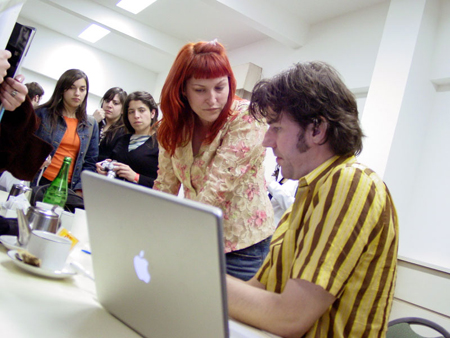 I’d probably agree with a lot of people if I say one of the best appearances was Stefan Sagmeister’s. His talk and workshop were just incredibly inspiring and helpful. Not only he is one of the most influential graphic designers of the generation to come but he is also a wonderful human being and what we can call an open box. He has proved to be a great teacher and even though I thought at first it would be really dificult to get in contact with him during his staying, noone was surprised to see him walking around or just gently chatting with an early design student. 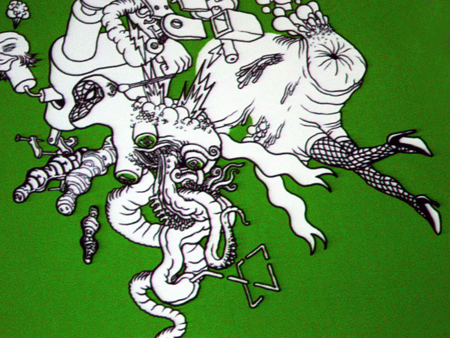 Lobo Films’s conference was my closest second favorite: what can I say about one of the best five motion graphics teamworks in the world? These guys will never stop to amaze me. 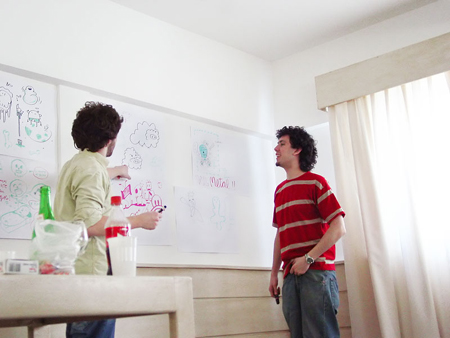 One of my favorite workshops was JL’s and Stupid Love’s referred to character design. They would hand in sketchbooks and markers to people so they could start designing their own characters as they were sharing their thoughts and works in a very smooth vibe. Very cool people.
Other workshops people seemed to enjoy (I overslept!!) were the photography and street art ateliers. 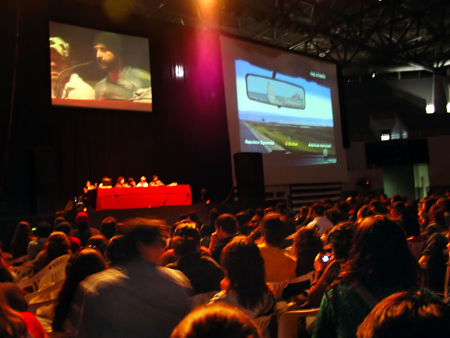 And then came the parties, to grace each night and relax our everworking brains: 9 vjs and 2 audiovisual projects took over the dance floor and made every day end the best way they could have ended. All the sets were intense and focused on a great time for everyone. Design overdose. My eyes still bleeding. I’m out.