Experimenta Design was founded in 1998 by Marco Sousa Santos – Industrial Designer – and Guta Moura Guedes – Designer and Cultural Manager. Creating an international platform for cultural and design in Lisbon, was their main goal. Design as a discipline and a work methodology which, through the analysis of distinct fields such as economy, aesthetics, technology, sociology can produce the most adequate responses to the needs of contemporary society.

Since its first edition in 1999, Experimenta Design (EXD) has been establishing in Lisbon a dynamic cultural platform comitted to fuel international discussion. EXD acts as a catalyst between creative artists and designers, academics and all those who view culture and design as key factors for development at all levels. 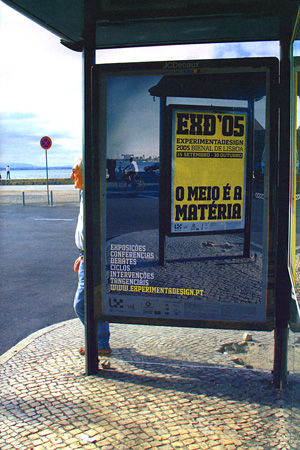 Until 30th October Lisbon will be taken by a storm of multidisciplinary program of events under the theme “The medium is the matter”. This theme targets communication media and a communicative objects – a realm where sometimes matter seems less important than the messages it conveys, and in which the interactions between those who create and those who receive become the actual product. 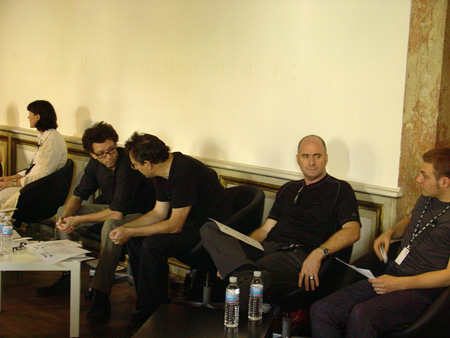 What is the core of design? Graphic Design is applied art that serves well defined functions to solve communication problems for clients. But there’s more.

The visual language created in this last century has become part of our culture, its engraved in our lives. Now the best way to know a country culture is through design. Fifty years ago, when someone would like to learn culture references of some country they would had to look for a painting. A design piece as now a cultural value. Max Bruinsma says that designers are catalysts, they are like chemists that “cook” elements to improve communication an cultural expression.

The exhibition in only a part about graphic design. More importantly, it is a visual essay about the ways design’s visual languages are used in our communication culture. On a deeper level, it wants to inform you, and ultimately it wants to engage you into taking part in the message and in the contexts and causes it serves.

As a citizen/designer we have the power to communicate,…and through that we can make a difference in the world. Erik Adigard (NL) agrees with them,.. and adds that the designers can be educators, creating design’s with social value.