Summer is slowly fading away, trying to warm us with its last rays of sunshine, before chilly evenings remind us of the season to come … and help us to reminiscence about the best days of the past months … and its discoveries in urban arts and culture – like the appearance of Hamburg based music/art project Barabass, the most exciting band coming out of this city in 2005. 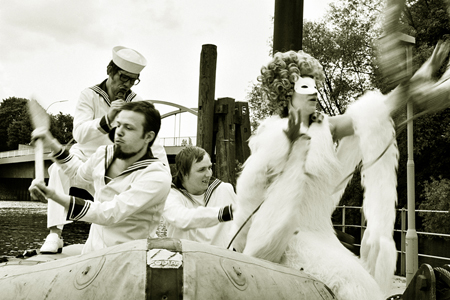 Inspired by fairytale-villain Barabas, Pinochio’s opponent in the Russian Version (“Buratino” by Aleksey Tolstoy), the band performs like a cynical Jazz-Trash-Theatre every time it enters the stage. And that has been quite often this summer, probably being one of the most frequently booked acts in hamburg lately. The band’s repertoire ranges from Russian children songs, tongue twisters or vocalised Algebra, performed by two voices, double bass, drums and toy instruments (or toys being used as instruments). 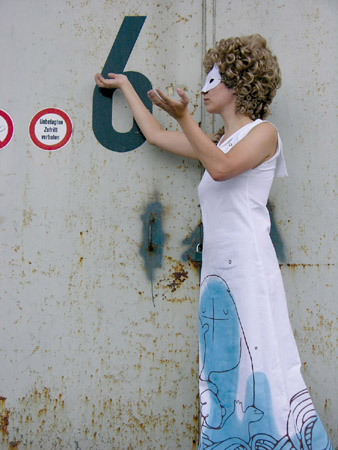 Even though an album is in the making, there is only one way to fully experience the spectacle that is Barabass: by seeing them live. Wearing Sailor-Suits, the three male members of the band are accompanied by beautiful and always dressed up Lisa Alisa, wearing a white fluffy fox-costume, or elegantly long cut sailor-dresses, the latest being painted onto by Australian Design-Collective Rinzen. 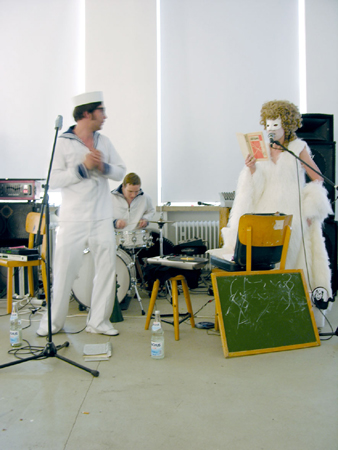 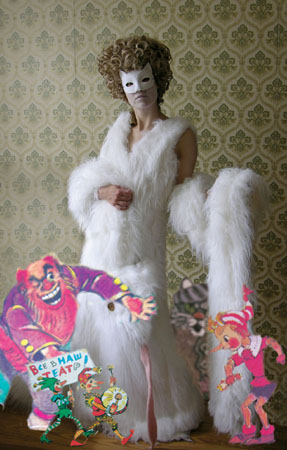 As Barabass, they act, they sing, they scream, they rant and rave. The four members stage their concerts like theatre performances, where the musicians are the actors are the characters from a fairytale-turned-into-a-jazzpunk-comic. After playing Hamburgs prime locations such as The Golden Pudel Club, Schilleroper, Weltbühne, Hafenklang, the Hamburg School of Fine Arts (HfbK) or the Fusion Festival, the next chance to see them live is in Lubeck (Treibsand). More dates and sound files plus videos at the Barabass website.