According to one of the latest criminal research, the crimes tend to occur easily where there are many scribbles or many destroyed things left behind. On the other hand, by showing the index that shows the place is managed in order to prevent scribbles or subversive activities, criminal rates will be reduced. Setting this theory to a background, it is interesting to consider about an expansion of street arts while feeling about one of the reasons why street arts are not that popular in Japan. 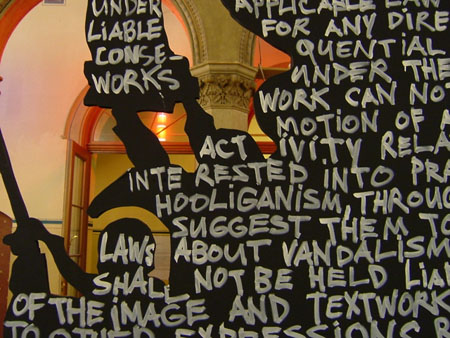 Today I am going to introduce “Backjumps – the Live Issue #2“, the exhibition to tell about the present of street arts that are planned again because of their success two years ago. Inviting various artists from not only Berlin, but also San Paulo, Stockholm, Copenhagen, and other countries all over the world whose field is the street , it was held centering Kunstraum Kreuzberg/Bethanien.

Let me introduce some of artists and their exhibits from that here. 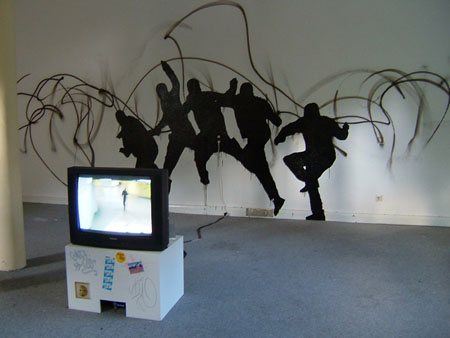 Nug & Pike (Stockholm): Draw lines on the wall by spray, videotape the running performance, and left the trace of the performance as an installation. 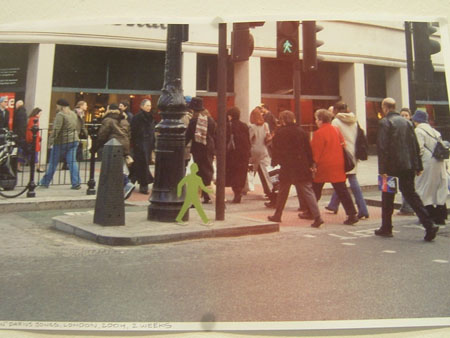 Downey & Darius Jones (New York): Make imitations of signals, signs and street lights everywhere in the town and set those up secretly; exhibiting those as a documentary.