The exhibition for the charity project “Toy Saves Children: Rebirthed Mummy the Rabbit” took place at Lapnet Club in Harajuku and at COMME CA COMMUNE in Shibuya. For this project, a total of 28 artists were united from all over the world with a call by Ryosuke Tei of FuriFuri Company. 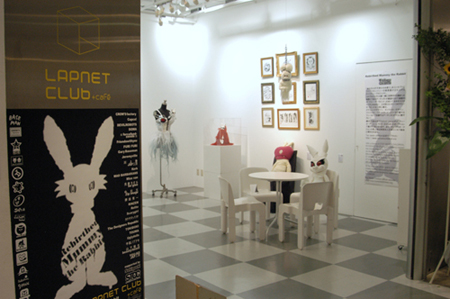 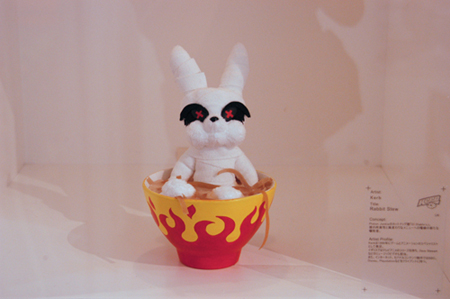 Each of the displayed stuffed toys was never the same and each taste was presented. Making a work in the motif of one is a try that is possible but previously unheard-of, so their original character was highlighted. I thought of various ideas that “this stuffed toy is simply interesting” or that “this artist customized like this” etc.. 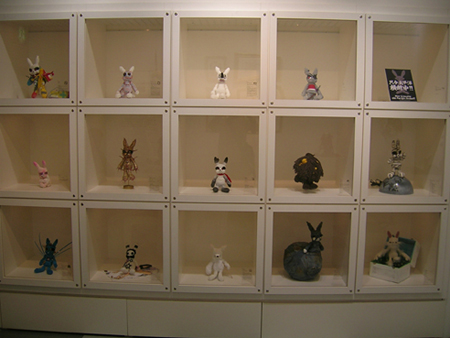 A “Mammy the Rabbit” by Nakagawa Dai is automatic. It breaks the concept of stuffed toys that they never moves until we touch them. It continued to move slowly and I took in its sequence of movement that is repeated. At toy shops, which are drastically decreased, there always used to be a battery-operated dog or monkey that was surrounded by fence; I remember to have taken in them for a long time without a interest of love of possession. I don’t know why human beings are interested at automatic objects, but our dream for a robot is endless, becoming kind of reality. Aside from the fact whether I want it or not, I’m impressed to see moving ASIMO. It’s certain that his peace had something impressing that is common to ASIMO. 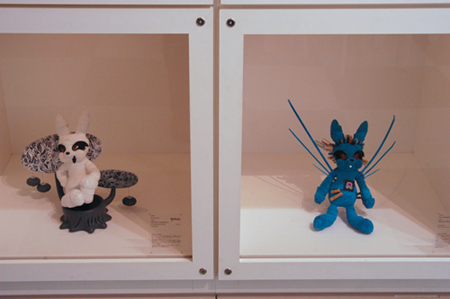 The piece by The Designers Republic was also like a Gundam though I’m afraid that they are linked on the point of a robot. Its appearance was really cool, so I imaged that the “Mammy the Rabbit”, which has prominent looks among stuffed toys in the world, would be more stunning and survive in space.