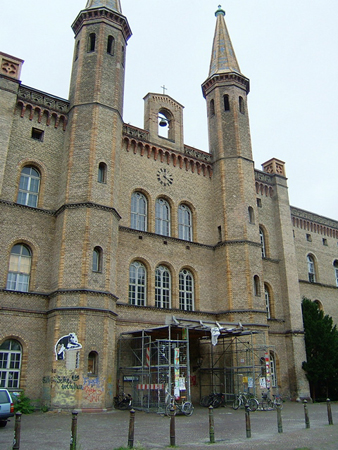 Kunstlerhaus Bethanien has became a topic of conversation a bit among Berliner folks. Residents of Hausprojekt Yorck59 has occupied an annex of Bethanien as a new residence after they have been evicted. Hausprojekt, as know as “squatting” in Japan, means an activity that occupy and keep living in a vacant building with a large number of people. 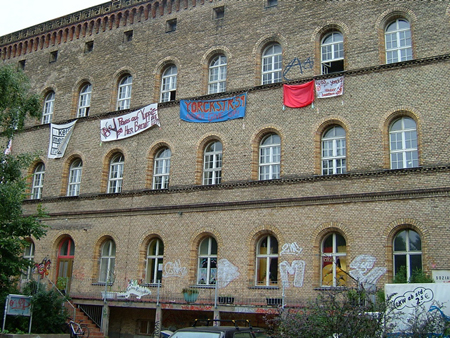 Besides, Bethanien is now a famous aritst-in-Residence that many artists are invited from all over the world and gather; however, it has started its history from an occupation of a vacant building that once used be a hospital. About 30 years ago, it has became an artist-in-residence. Because of this reason or not, it is said that there are not any big troubles between residents of Yorck59. 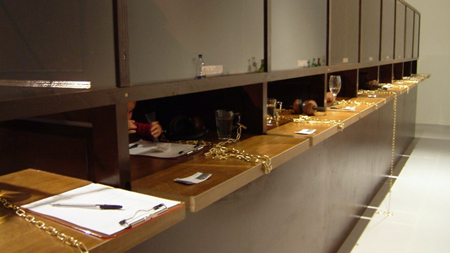 In these circumstances, there was a private exhibition called “Park Party” by Shiro Masuyama who was the invited artist of 2004 to 2005. It is Berlin version of his work introduced as “Supposed Opening” for the first time in New York in 2002.