Communicate, a survey of the last 40 years of independent British graphic design that debuted at London’s Barbican last year, is currently winding its way through China, with the help of – who else? – the British Council,. Its second stop, in Shanghai from 2nd to 19th June at the Shanghai Urban Planning Exhibition Hall, came to the city just as another major graphic design show, Get It Louder, left. Compared to the latter, which was just as ambitious in its scope although less polished in its execution, Communicate comes as a breath of fresh air. 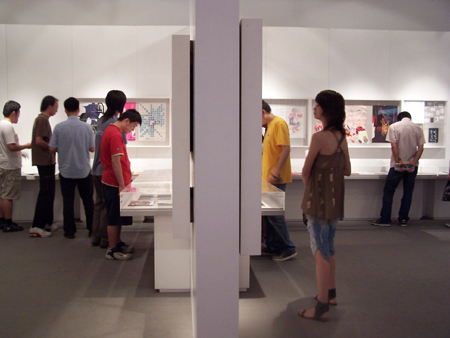 The show, curated by prolific and respected critic Rick Poynor, manages, in true British style, to be both sweeping and tidy; broad but not sprawling. It collects over 600 pieces from over a hundred creators organised into categories like publishing, music, protest and society and self-initiated work. Each category bears the mark of Poynor’s meticulous eye for detail; from Ellery Queen mystery novels to Massive Attack’s Mezzanine cover art, Poynor leaves no stone unturned in his search for the best of British. 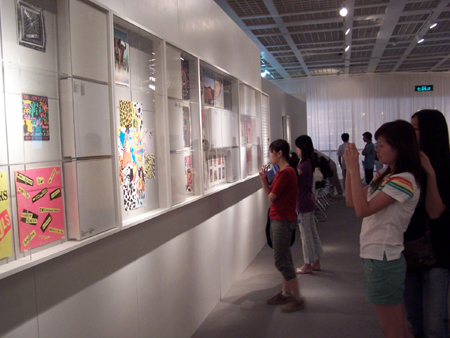 The publishing category, for example, starts with Romek Barber’s covers for Penguin’s crime novels before moving on to Jon Goodchild’s psychedelic work for Oz magazine. From there, Poynor leaps to the “self-consciously designed” (according to the curator’s notes) style books of the 80s, like I-D and The Face (featuring work by people like Terry Jones), who helped influence mainstream publications like The Guardian to “accept the imperative to look good”. 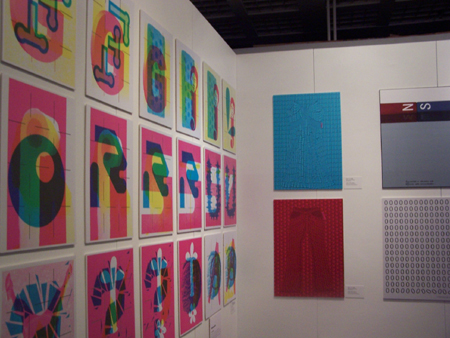 Under the music heading, Poynor’s thread starts with Klaus Voorman’s psychedelic covers for The Beatles, which included Revolver and Sgt Pepper’s Lonely Hearts Club and moved through Jamie Reid’s work for the Sex Pistols, which invented the cut-and-paste, neon-tinted collages that became punk’s visual grammar. These covers, done in the mid-1960s, helped bands “view their albums as works of art”, Poynor writes.