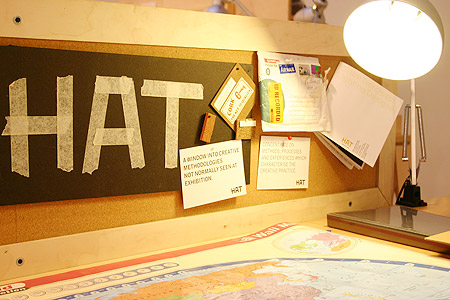 Bedazzled, a celebration of jewellery, brings Object’s Surry Hills Gallery to life with a series of exhibitions, events, workshops and public programs. Works featured include jewellers based in the UK and Japan, as well as Australia’s own talent. 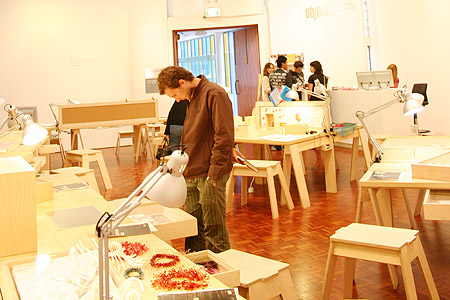 Walking into Object’s main gallery, my attention was quickly caught by the colourful HAT (Here and There Australia/UK), a project of international exchange. Within which, 17 jewellers were involved working as artists in residence between 4 regions in the UK and 5 states in Australia. 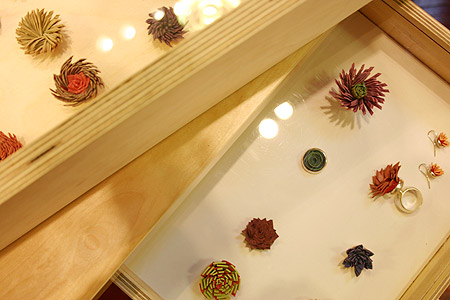 The HAT displays in an unusual but interactive and attractive way: jewellery pieces and tools spread around everywhere on wooden desks. At first sight they look being arranged randomly and a bit out of order, while actually they were carefully selected and organized to function together as a large classroom, to educate I assume. As well, drawers are able to be opened by audiences, a simple but effective way to participate and to discover items. 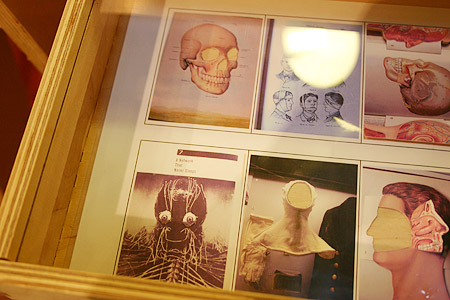 What the HAT primarily presents is not only finished things, but also the process of making that roots from cultural backgrounds rather than the maker’s own experience and object itself. 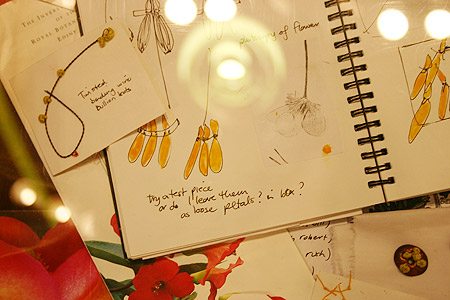 One of those highlighted artists (also my favourite) is Junko Mori, who’s based in the Canberra School of Art. Along with her innovative and brilliant works, she also presents pictures showing influential plant forms and an insight into the Australian floribunda rose ‘Barbie’. 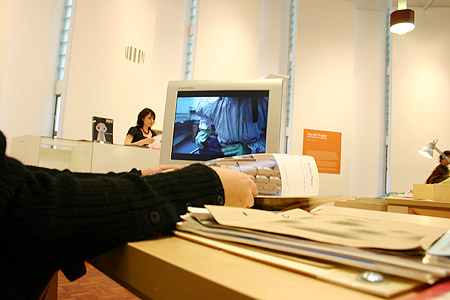 The HAT draws attention not only from design students, professional designers, curators, but also from children, parents, young couples and aged people. Sitting on the bench, searching the drawers, flipping over artist’s sketch books, reading inspirational notes, watching videos, etc. Well, it convinces me I’m embarking upon my own international exchange experience for art’s sake. 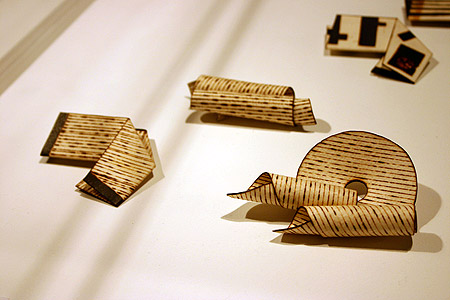 Besides the educational exhibition which gives insight into the mind of jewellers, there also displays a purely visual beauty resulted from 2004 Japan Jewellery Art Competition. Jewellery exhibited here differ huge from the HAT, they are just as bold and vivid as they can, you’d better prepare to be dazzled. 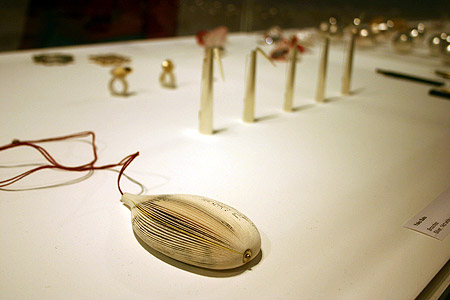 This exhibition demonstrates the excitement, diversity and conceptual complexity of contemporary Japanese jewellery practice. Among the works, traditional western gold and silver smithing techniques and expertise sit alongside the use of traditional Japanese techniques. The makers articulately combine equally diverse materials, ranging from traditional gold and silver through to plastics and found objects. 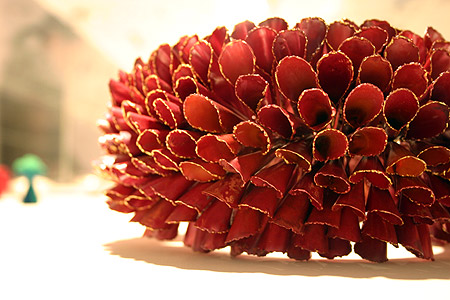 Bedazzled invites you a journey of further remaking and rethinking, it is currently on show at Object Gallery, Surry Hills until early June.