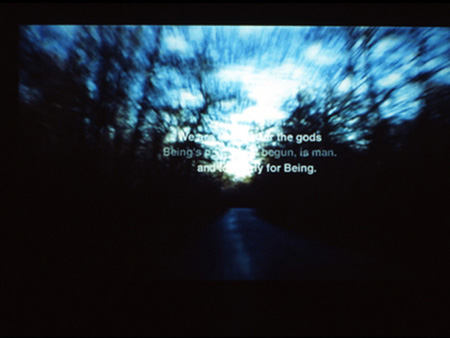 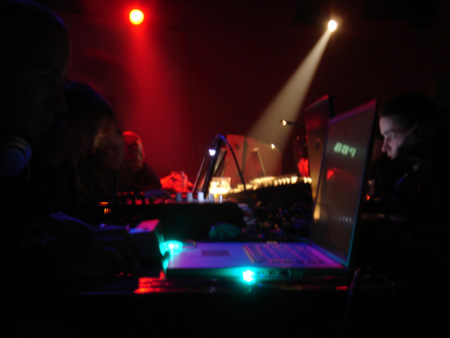 Jauna Muzika also infected nightclub area. For one night INTRO club that can be proud of its most experimental programs was filled with “Mixthemixthemix” project driven by Arturas Bumsteinas and Antanas Kucinskas. They involved 12 young composers, DJs and artist who interpreted, manipulated, mixed, and remixed Antanas Kucinskas “Loop catalogue” compositions. Quite noisy but enough of amusement.

After the last concert of Jauna Muzika in Pro-Test lab near cinema theater “Lietuva” the project by Lithuanian multimedia artists Nomeda and Gediminas Urbonas and composer Linas Rimsa called “Transaction Djembe Party” finalized the festival. It was based as an improvisation with djembe drummers and the VJ reacting to their sounds, but everyone could be the part of the open project.