Vegetable music and digital “Matrix” world are two examples of this year Jauna Muzika 2005 (Young Music) festival’s program joining two opposite worlds – natural organics and artificial electronics. The main concerts took place in Contemporary Art Centre (Vilnius, Lithuania), the others were spilled through out the other places of Vilnius. 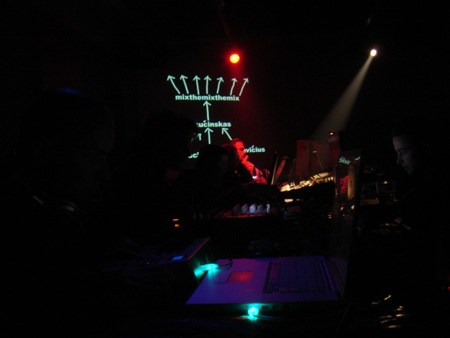 Four years this festival presenting electronic music creators in order to prove e-music festival name. But this year organizers wanted to take attention to the baseline of all digital music – life forms, nature and of course human itself, who controls all the software and hardware while creating and performing. And finally, who told that e-music could not be performed by instruments made of vegetables?

And this is not the rhetoric question, because it was proved during the first main concert of the festival where eccentric and fashionably ecological The Vegetable Orchestra from Austria played and performed with instruments that are 100% made from natural vegetables. Carrotrimbas, tomatodrums and other “instruments” made audience listen, laugh and listen again. We could not believe our eyes, but our ears convinced us. All the listeners were invited to taste a vegetable soup, which was prepared during the performance. 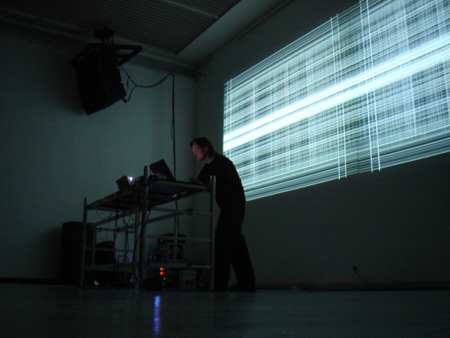 The other guests of Jauna Muzika were also very impressive. The second evening of the festival invited us to listen and watch to a creative work of Carsten Nicolai better know as Alva Noto from Germany. Cold, concrete, glitch sounds and effective visuals let drown to the digital world of the composer.

French musician eRikm started his career as rock guitarist, but now he seemed as a very virtuosic mix master who “created” music live on stage by presenting his one of the most acclaimed sound projects “Snuff Mixx”. During the same concert Holland artists presented Anne Wellmer compositions filled with original live nature sounds and visuals.