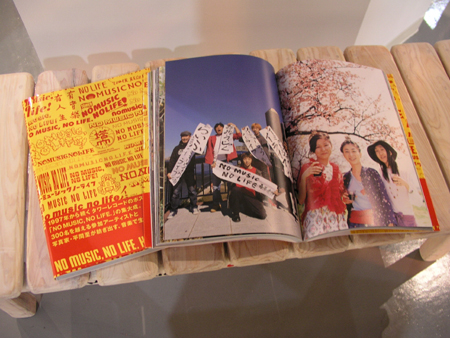 “No Music, No Life” is an impressive work, red and yellow, it looks the same as Tower Records. A series of photo advertisements in posters and free magazine, “bounce” are ehibited. These photos are from the same work, there is a lot of power in each of the newest photos. 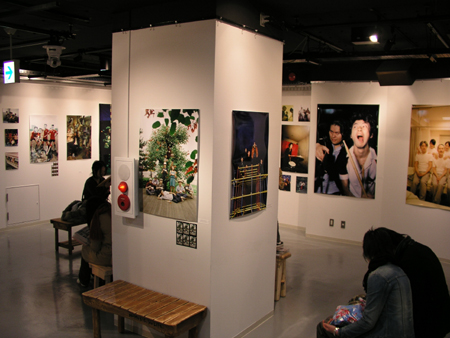 This year the “No Music, No Life” series has been going for 9 years, starting in 1997. Photographer Hirama Itaru and director Yanai Michiyu set out originally in the now famous campaign “Just do it!” A short but strong brand message was also what Tower Records wanted to say, like the American saying “No pain, no gain”. 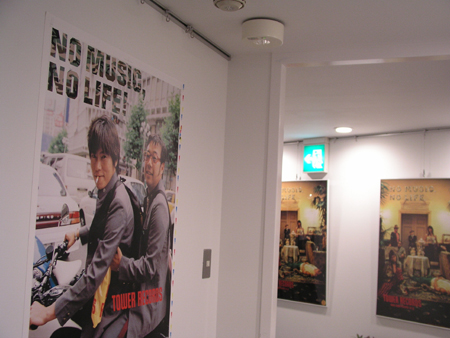 This advertisement series also has a strong message the group together tells the story, but also the studio atmosphere is included. One great artist was the winner with the image, “Yearning for a friend”, of a drinking party at an isakaya (Japanese style bar), the whole arrangement I thought were great. The variation of the photographs goes beyond what can be seen, something else is lurking within the mood of the photos. It is nice to see the true face of the artist. 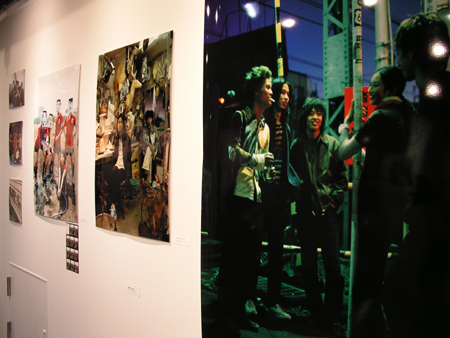 There was a special opportunity to see logos (photos) before print. I felt that seeing the snapshots without photo frames were more real, as if seeing someones personal photos. Yamazaki Masayoshi and Takeuchi Tetsuro were involved. I could see the rare photo out-takes of Hirama and Toyokawa where they appeared wearing high school uniforms.

Please check out these books if you miss the next exhibition.