Working on the theme of what “Media Art” is, which is hard to define in spite of its generally wide use, a highly motivated exhibition titled “Art Meets Media: Adventures in Perception” is being held at NTT InterCommunication Center starting on the 21st of January.

In this exhibition, they consider a span after the collapse of the cold war framework as the first chapter of history. Then, they deliberate on how it changes from the past into the present with the spread of PCs, characters and the potentiality of it. 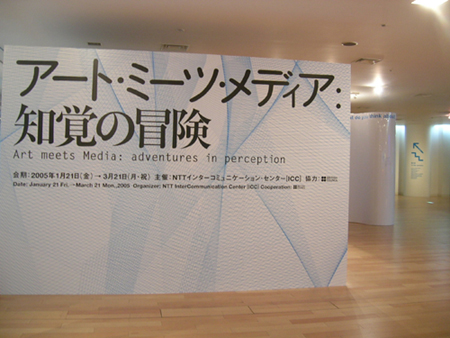 Well, let’s move into the content of this exhibition. There are many different kinds of pieces ranging from interactive to technological to those that appeal to vision and hearing and ones that are social in nature. Each is expressed in various contexts around the framework of Media Art. 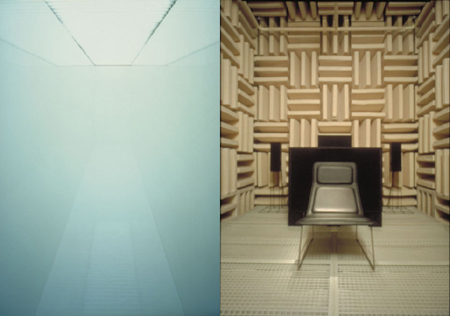 This is a coupled installation of two rooms. One is a non-vibrant room with no light, and the other is surrounded with a surplus of white light cast by over 100 fluorescent tubes. This piece is something like an extreme crystallization of space and sound in two contrastive vectors. I am sorry that I don’t have words enough to comment perfectly on this piece. Nevertheless, if I can say something, this artificial space and sound are not absent from the world we daily live in, but flood it. The notion rises out vividly with reality by experiencing this piece. We can slightly feel them because they are buried in other noises. This is a beautiful and ferocious installation, performed with an arrangement from Ryoji Ikeda‘s viewpoint which excludes all of real existence or useless information of light and sound.