The first designer for 2005 is Tomoaki Ryuh, a Japanese designer currently working in London. His work was recently selected as a winner of the Shift 2005 Calendar Competition. While he works mainly on graffiti, he challenges various styles such as a web design, fashion and graphic designs. He thinks approach is important and creates powerful works. He is surely one of the artist we should pay attention to now and in the future. 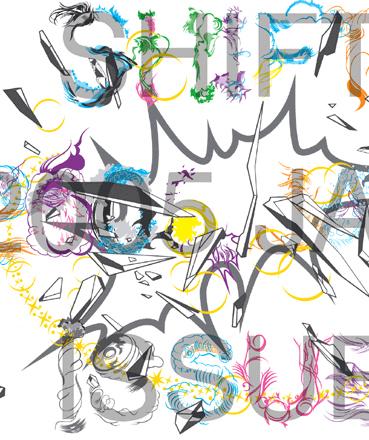 First, could you introduce yourself?

I’m Tomoaki Ryu. I have a wide body of work from graphic design, video to illustration. 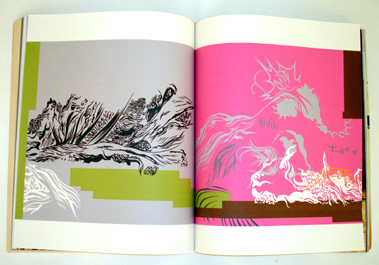 Could you tell me about your recent activity?

I customised shoes based on Nike AF1 and Dunk high that have been exhibited and sold at the gallery shop “Beyond the Valley” in London as of last month. The shop is managed by my friend from university. It is an exciting space dealing with unique artist’s works from various fields. I was also invited to do an exhibition in London and I’m preparing for it at the moment. I mainly work on publications but I have been putting more emphasis on personal projects like my web site.

I also have produced a visual magazine “Headz-magazine“. I started it with by chance when a printing shop near my house went bankrupt and they gave me various types of papers. Now I’m thinking to shift it to an online format to showcase art works and to be a creator’s community.

Moreover, I’m producing a clothing label called “Neutone” and selling T-shirts and other small articles. I’ll keep producing these products this year as well. In 2006, I’m planning to launch a women’s brand with a textile designer and present it as a collection to the public. I hope I can show you some fantastic works.

Why did you choose London to study graphic design?

People I met when I was 16-17 years-old advised me and gave me a chance to go to the UK. I wasn’t able to find any significance in Japanese high school life and left school after only six months. Then I learned woodcut painting and silk screening under some artists in Kyoto and Osaka. However, things I learned during those days were more like an idea or attitude on creation rather than a technique. I think my philosophy on creation was made by being in the environment where people always discussed things enthusiastically.

At first, I didn’t go to London with an intention to study design but I found the possibility in the field of graphic design in school life. There were honorable creators like Chris Cunningham and Tomato, Hi-Res!, Intro, Me Company and The Designers Republic who did cover design for Shift in UK so it made me feel challenged. 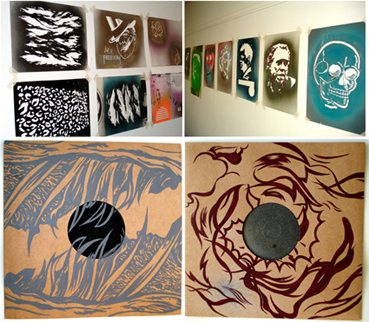 What is the most influential thing for you in creating works?

It depends on a project but things in daily life, like friends or environments around me inspire me.